The pre-game dunk exhibitions by the Clippers have always been fun to watch but we have never seen this happen during one of them: Before tip-off against the Raptors, Blake Griffin caused the shot clock to fall after a power dunk and Shawn Kemp like rim hang.

This was the result of the dunk. 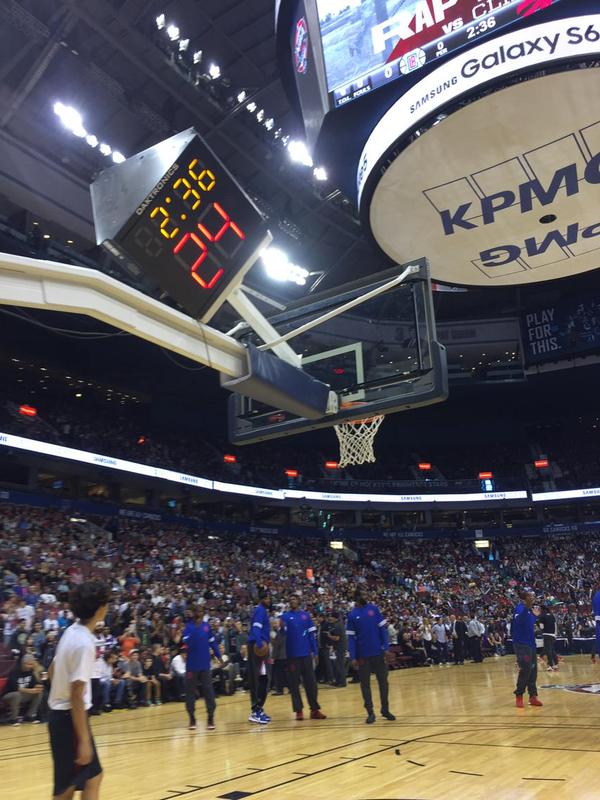 Later on in the game the former Slam Dunk Champion dunked over another former Dunk Champion and finished with 14 points in the 20 point loss to the Raptors.