If it wasn’t bad enough Clippers fans had to watch their team play the Suns without Chris Paul and J.J. Redick (ok, maybe not Redick since that probably means more minutes for Jamal Crawford), fans only got to see a half of Blake Griffin after he was ejected for a pair of silly techs –  especially the 2nd one for saying whatever he said to a ref.

The most pissed off fan from last night’s game is without a doubt the “nose picking lady” who was only busted on live TV because the cameras switched to a pissed off Rivers after the ref gave Blake his 2nd T.  If the ref wouldn’t have been so sensitive then this lady could have picked her nose while watching Chris Paul get pissed without the whole world knowing it.  Actually, it’s kind of hard to feel sorry for the lady because she should have known better than to dig in her nose, without a tissue, while sitting in the front row. 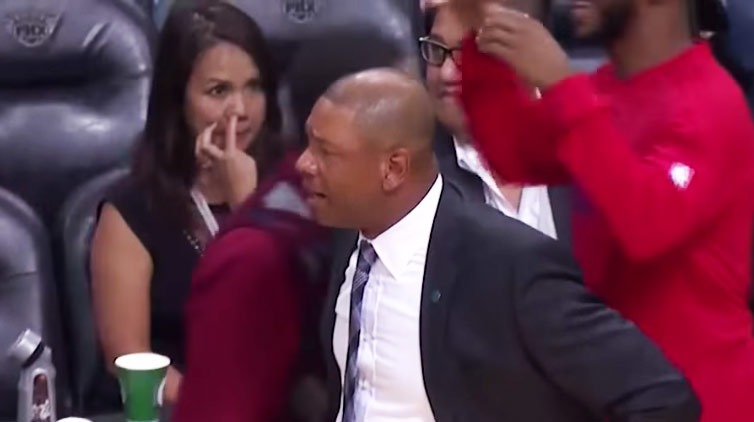 At least she didn’t do what former Boston Celtic Kris Joseph once did in practice.