Remember back in 2013 when the always outspoken Brandon Jennings predicted “Bucks in 6” before getting swept by LeBron and the Miami Heat in the first round?  That poor prediction is what immediately popped in my head when I heard Damian Lillard reportedly said, “Blazers in 6” before facing the Warriors in the first round of this year’s playoffs.

But, here’s why that prediction is different. Lillard was asked “Blazers in 6 or 7” by a CSN reporter. So Lillard had to pick one of the two. It’s not like he was asked, “how do you think the Blazers are going to do against the Warriors?” and he responded with, “Blazers in 6!”

With that said, the always confident Lillard probably does and should believe he’s going to lead his team to a series victory over the Warriors.

As president of the Dame Dolla fan club, I would love to see his prediction come true. As a betting man, I just can’t put my money on the Blazers. 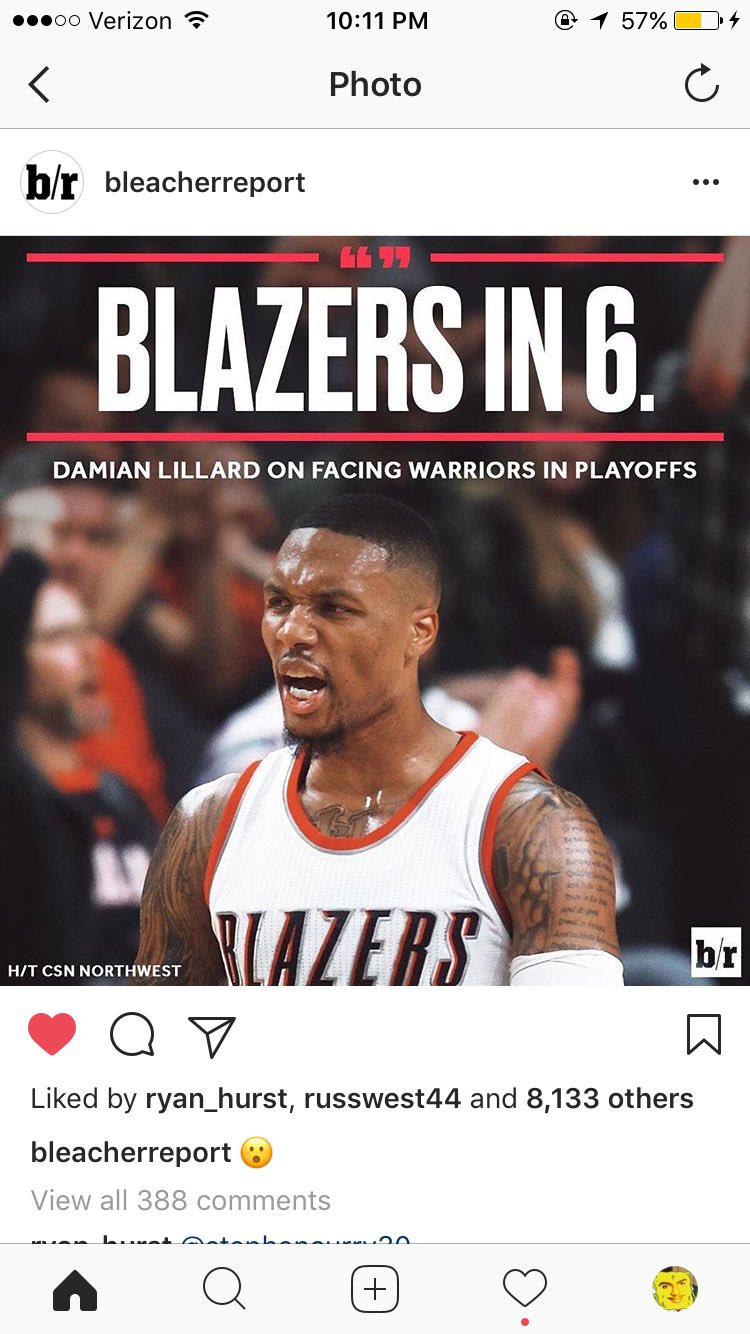