I said it when he scored 74 points and hit a game-winner in China back in 2013. I said it last year when he dropped 64 points and 10 assists in another game in China. I say it every damn year when I watch him drop defenders and win championships in the Drew League. Bobby Brown should be in the NBA! Well, thanks to the Houston Rockets on Tuesday, Bobby Brown is officially back on a NBA roster and I can finally stop writing posts called “Bobby Brown should be in the league.”

The undrafted Brown did spend a few years in the NBA, between 2008 and 2010. His first stint in the NBA was with the Kings and his last game came as a member of the LA Clippers.

The coolest thing about the LA native and legend being on the Rockets roster is it reunites him with his Drew League teammates James Harden and Trevor Ariza, who also played high school ball with Brown.

Guard Bobby Brown (@BBROWNLAU) makes #Rockets roster: "Its amazing. It's amazing definitely.It's a dream come true to be in this situation." 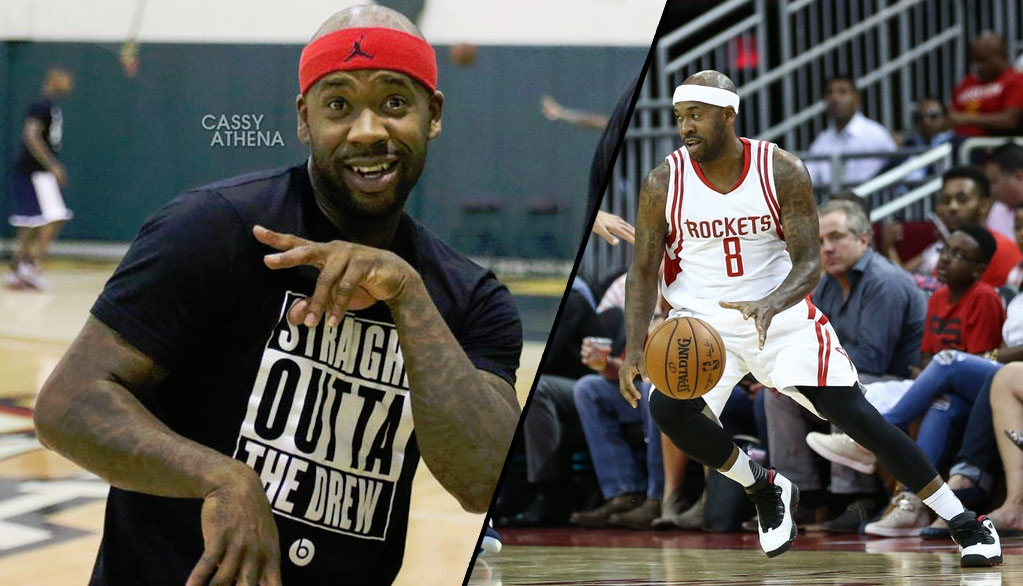