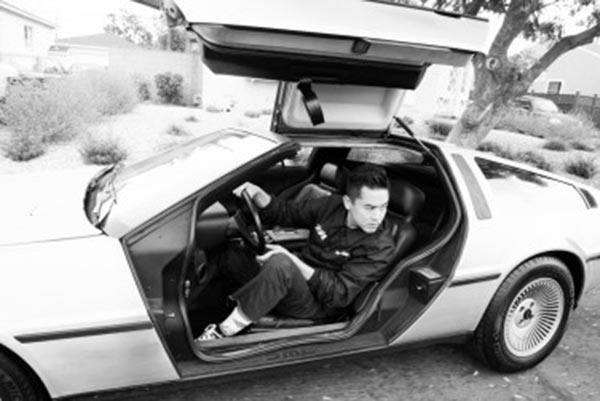 Bobby Kim AKA Bobby Hundreds, half the brain behind the powerhouse streetwear brand, The Hundreds.  If you were to see Bobby in the streets you probably wouldn’t think that the guy is a sneaker head.  Boasting just a t-shirt and chinos, specifically AAA tee’s and a pair of chinos with some chucks.  Usually the only colors that he’d be highlighting is black.  That right there is the purest form of simplicity.

Now his daily go to’s for kicks are a pair of Converse Chuck Taylors.  For a second you’d think for a guy thats that heavily involved in the streetwear scene would have a massive rotation of kicks.  Not to mention all the collaborations that the Hundreds has produced over the recent years with the likes of Reebok and multiple silhouettes of adidas.  Along side with their own line of kicks.  Nowadays Bobby even keeps his sneaker collection very simplistic.  Due to the fact that back in the 90’s (Bobby’s primetime for collecting kicks) his entire shoe collection was stolen.

“In the late ’90s, I used to be an avid sneaker collector. Then, my apartment got burglarized for my collection. I spent a good five minutes losing my mind, vowing bloody murder, renouncing mankind… Over a decade’s worth of Dunks, Js, and other rarities I’d been gifted or discovered in an obscure Japanese boutique—gone! But then, I almost immediately felt silly; ashamed that I let something as material and inane as retro shoes govern my emotions (and my bank account).”

After that fiacso Bobby decided to keep his rotation minimal boasting only classics, his personal favorites, and of course a pair of chucks.  His rotation is very respectable since he’s got some heavy hitters on rotation with the likes of Jordan I’s, III’s, IV’s, and what seems to be nothing but classics (classics are my sh*t).  On a side note, HE ACTUALLY WEARS HIS SHOES.  Check the Coveteur for the full article and the images below for a glimpse of what Mr. Hundreds has in stock. 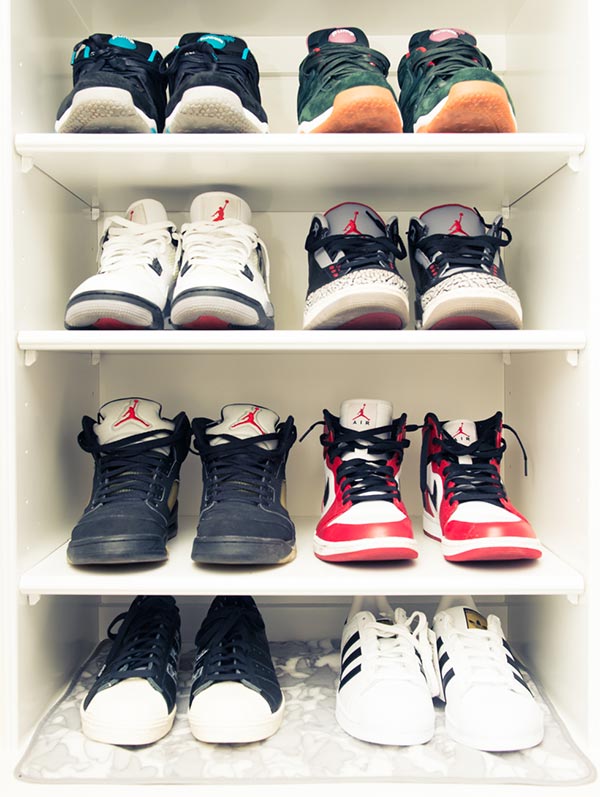 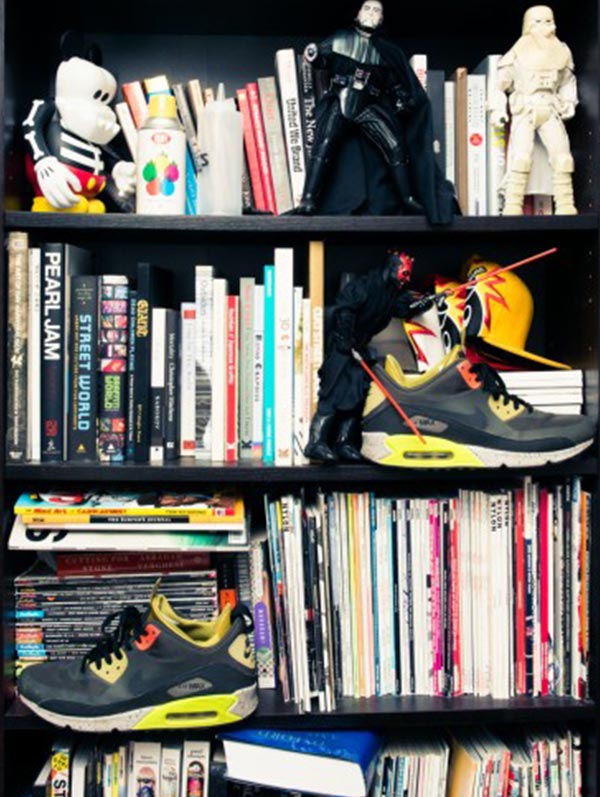 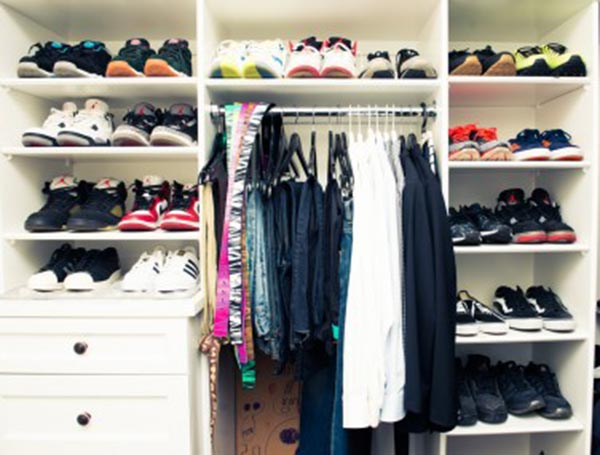 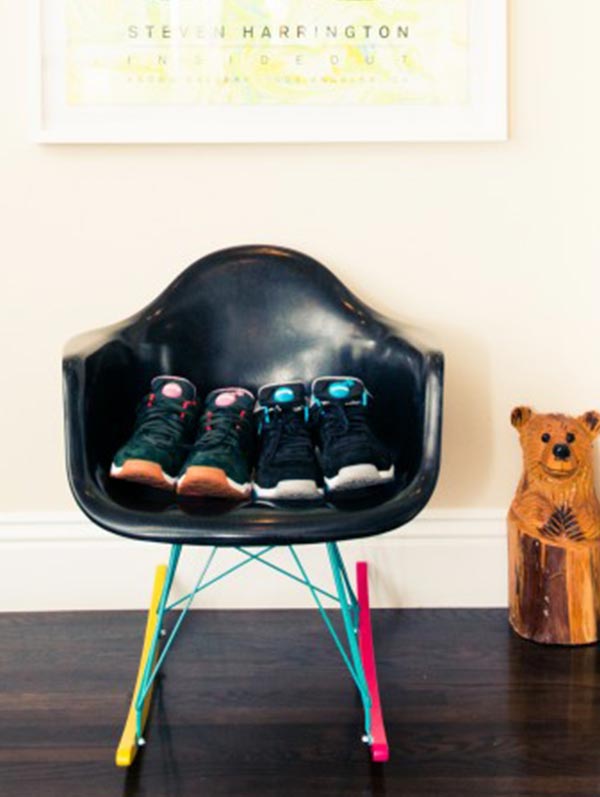