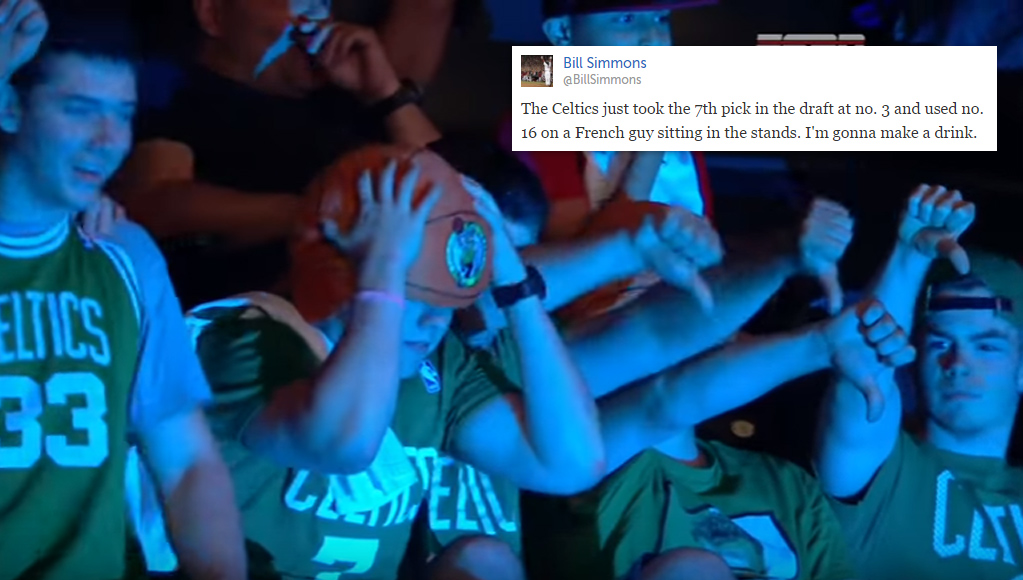 I remember Damon Stoudamire getting booed when the Toronto Raptors drafted him with the 7th pick in the 95 draft; I also remember Damon winning rookie of the year. I remember fans booing the Dallas Mavs when they traded the late Robert “Tractor” Traylor for some German kid named Dirk; I don’t have to mention what Dirk has done in his career. I remember Kristaps Porzingis becoming a meme and a punching bag for the internet last year when the Knicks drafted him; Then he became a rookie of the year candidate and is now considered a member of the “Big 3” in New York.

On Thursday night, baffled Boston fans booed Cali’s Jaylen Brown and Croatian center Ante Zizic when their names were called with the #3 and #23 picks of the Celtics. Some of those fans were mad because they wanted players like Kris Dunn, others were mad because they were hoping for a draft night trade for Jimmy Butler, Boogie Cousins or even Khris Middleton and Greg Monroe.  And others were just mad all night because that’s what a combination of alcohol, ignorance and sheep mentality can make you.

“Fourteen years, that’s probably the worst one I’ve gotten,” said Celtics co-owner and host of one sad draft party Wyc Grousbeck. “But I’ll view this as people really care. I’ll view it as I’ve certainly had some of those reactions to when I’ve been at sporting events. Pay your money, you get to come in. Look, we’re a bunch of fans who bought the team. And being a fan means you’re emotional and you’re emotionally invested in the team. And no problem. But I actually believe that, if those fans knew what I knew and were in that room, I think most of them might have done the same thing. But no problem. Bring it on. They are Celtics fans and they’ve earned the right to say whatever they want.”

And right now they are saying “you suck.”

So hopefully Brown and the other Boston rookies can create a case of Déjà vu and make these Boston fans eat their words. But damn, Jimmy Butler in a Boston uniform really did sound exciting.