Brandon Ingram has scored in double figures in all but two games in the final two months of the Lakers season. He added to his double figure streak with 15 points, 6 assists and 5 boards in 3 quarter during the Lakers fifth straight win on Tuesday. He also had the dunk of the game when he blew past two Pelicans’ defenders and posteized fellow rookie Cheick Diallo.

What made this dunk so different than past posters by Ingram is he showed some rare emotion afterwards. The announcers said it’s probably the most emotion they have seen from him all season long and Ingram even said, “it might be the first time I’ve gotten emotional like that.” 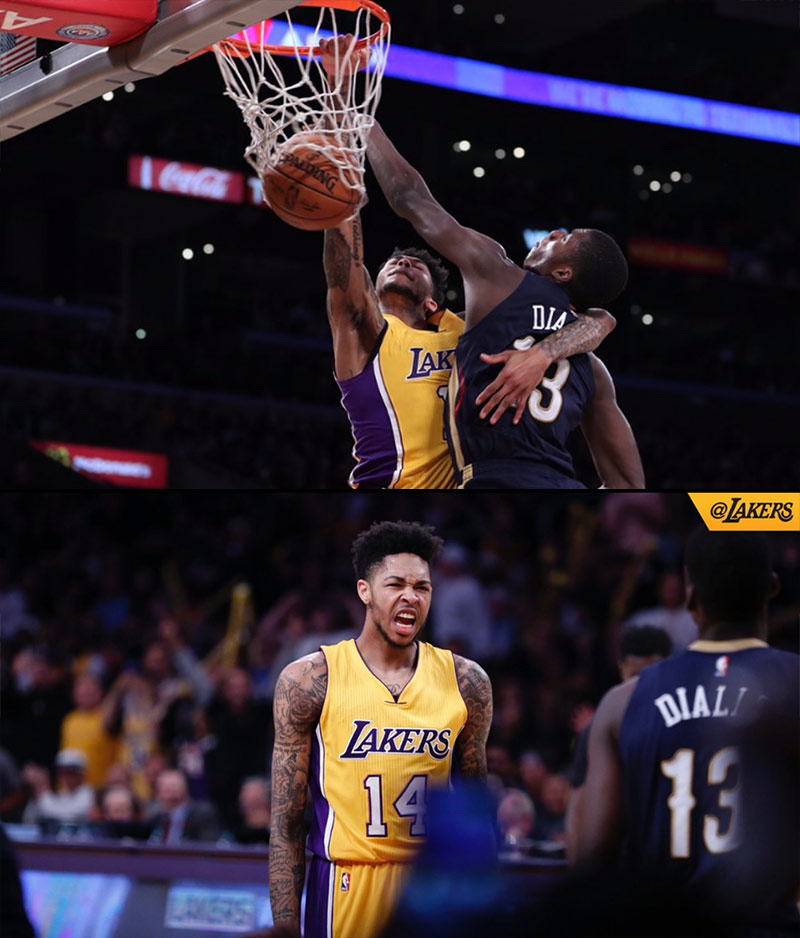 Diallo also deserves a shout out for putting up 19 points on 9 of 10 shooting with 11 boards in just 27 minutes. He’s only played 27+ minutes twice this season and in the other game he had 19 points and 10 boards. The total of those two games is 1 more than the total of all his other games this season.