Even Josh Smith put his hands up when Brandon Jennings did the Avery Johnson ball fake move (younger people will say Rondo and real old people will say the Pistol but I saw the Little General do it the most in the 90s) on Kevin Garnett and Deron Williams.

The move froze the two Nets on that play but KG (18pts/14rebs) pretty much had his way with the Pistons who are now 0-3.

Good news is Jennings finally broke the 20 minute mark and did have a nice line of 18 points and 9 assists. 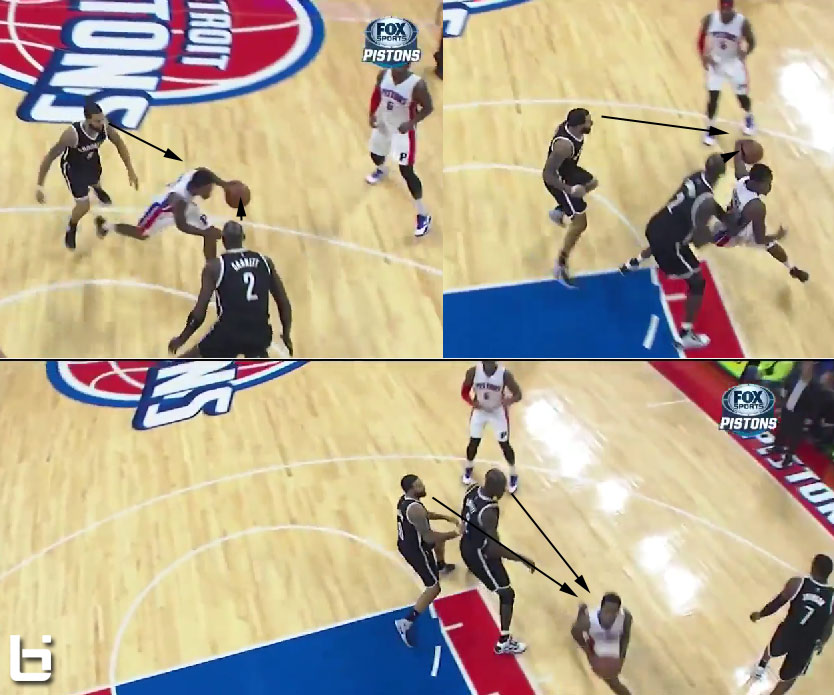