Brandon Jennings had a pretty crappy start to 2015: In January, the Detroit Pistons’ guard tore his left Achilles tendon. But the year looks like it’s going to end on a pretty positive note.

On Saturday night, Jennings made his return to the court with the Pistons D-League affiliate, Grand Rapids Drive, and impressed the sellout crowd and a couple of his Pistons’ teammates, Reggie Jackson & Andre Drummond, who came to support Jennings.

“He’s looking good; he’s still trying to get acclimated and get back,” Jackson said. “You see the burst and the flashes and we all know the player he can be … He’s someone we’re going to need when he gets back.”

In 27 minutes, Jennings had 11 points (2 3-pointers) and 12 assists – including this off the backboard beauty.

“I didn’t want my first game to be back in the NBA and I’m happy I was able to get some run. 27 minutes…I can’t complain,” Jennings said.

We can’t either. Welcome back Brandon! 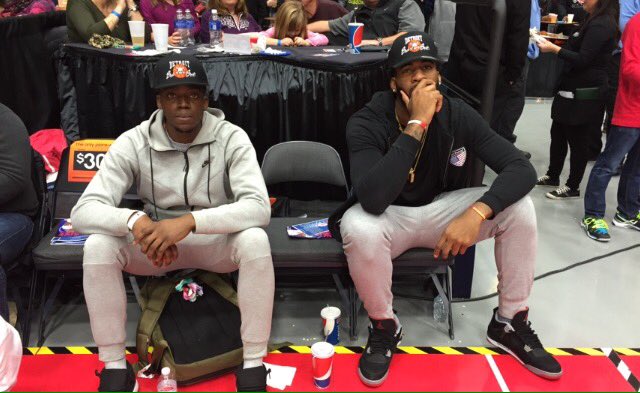