“It doesn’t look good,” coach Stan Van Gundy said of Brandon Jennings injury during Saturday night’s game against the Bucks. “It is a major, major loss.”

The fear is Jennings, who left the game in a wheelchair, has a torn Achilles’ tendon and if that’s the case then he might miss the rest of the season.

It’s a shame to see any player go down with an injury but what’s so heartbreaking about this one is Jennings has been playing like an All-Star of late – he had a career-high 21 assists earlier in the week and has been averaging over 20 points a game in his last 15. 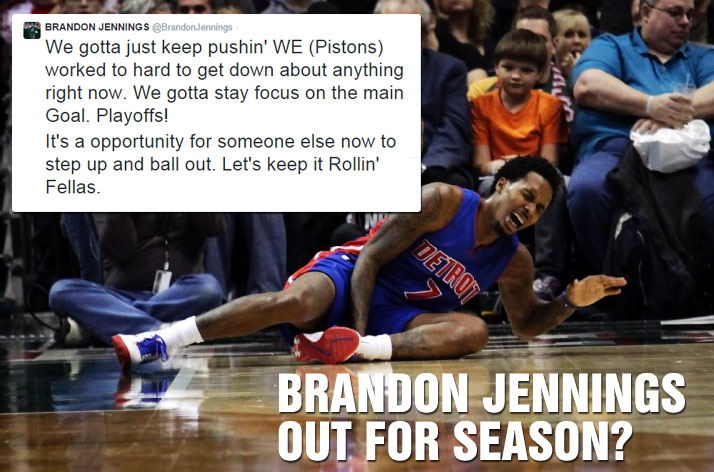 It was hard for me to see my brother @BrandonJennings go down! He will be back with a vengeance! In the mean time lets keep pushing for him!