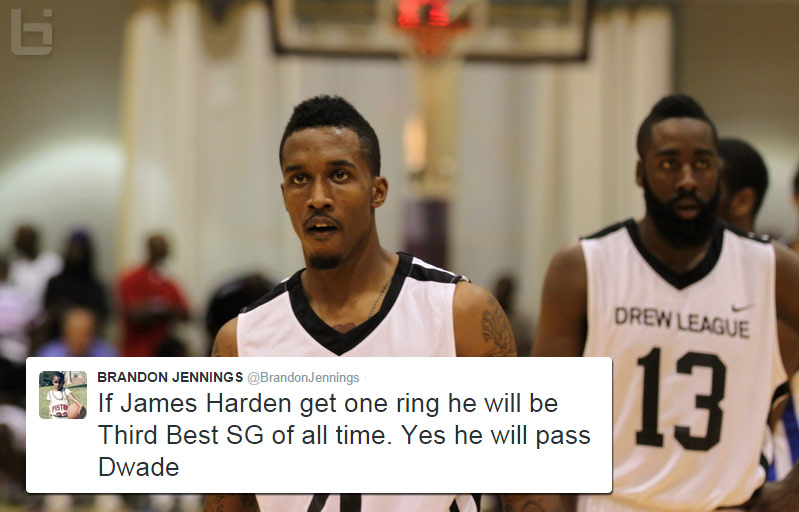 The always entertaining and outspoken Brandon Jennings had some high praise for his former Drew League teammate James Harden on Twitter last night.  Jennings tweeted “if James Harden get one ring he will be Third Best SG of all time. Yes he will pass Dwade.”

Jennings didn’t list his top 2, but he has Jordan and Kobe in those spots. No surprise there but what might surprise you more than his Harden comment is he has Kobe at #1 not Jordan. I’m not going to make an argument for or against any of the mentioned players; I’ll leave that to you. So here’s a list of a few more not-so-bad shooting guards who may or may not rank above Harden (with or without a ring) on most lists.

Jennings also stirred up some hoop fans when he followed that tweet with this one: Steph Curry has pass CP3. As top PG!