Shaqtin’ a Fool favorite Brandon Knight spent most of the night behind the 3-point line (7 of his 9 field goal attempts were 3-pointers) but his biggest mistake came when he unwisely tried to take a charge on the Rockets’ Clint Capela. Just like that, we had our first “Brandon Knight moment” of the season…and we are still in pre-season.

My favorite part of the dunk is watching Terrence Jones stare down Knight eventhough he wasn’t the guy dunking. It reminds me of Charles Oakley and Mutombo in the following plays.

Back to the dunk by Capela, besides the dunk, he put up some decent numbers with 12 points and 10 rebounds in 25 minutes. 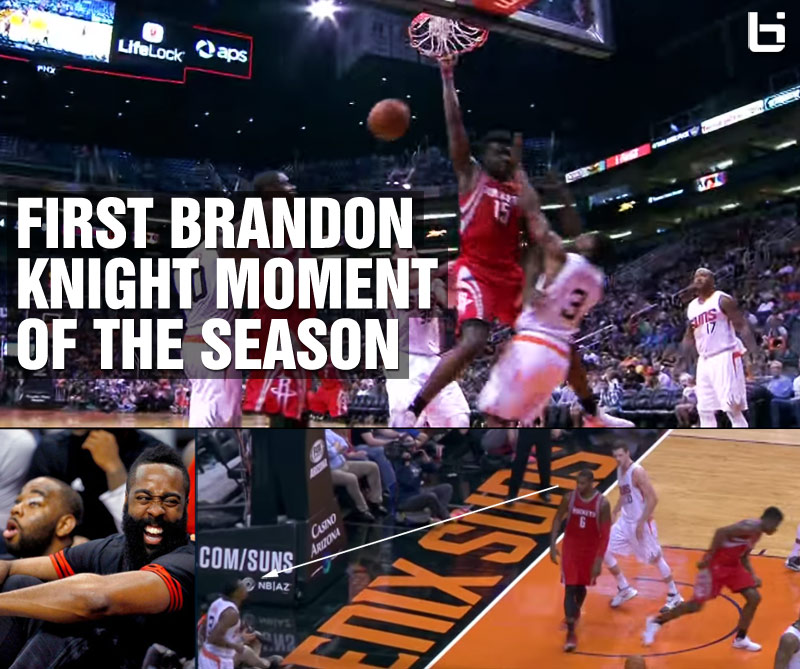