The action continued on Sunday at Session 4 of the Nike EYBL in Minneapolis as teams position themselves for Peach Jam berths. The standouts just didn’t come from the top teams in each of the four divisions, as we made it a point to see every team at least once. Elites such as Harry Giles and Michael Porter stood out, but some diamonds in the rough also made their mark.

Team CP3 forward Harry Giles of Wesleyan Christian Academy (High Point, N.C.) has clearly established himself as the top 2016 prospect in attendance at Session 4 of the 2015 Nike EYBL. He’s arguably its top performer, as he’s led his team to a league-best 14-2 mark in Division B heading into the last session of games on Monday morning. There is more debate at the top among 2017 performers, but it’s hard not to like what center Wendell Carter of Pace Academy (Atlanta, Ga.) is providing for the Georgia Stars, who are 13-3 and a top Division D.

In addition to Giles and Carter, here’s a look at selected Sunday standouts from the Nike Elite Youth Basketball League (EYBL) Session 4 in Minneapolis, Minn.

Brandon Rachal, Natchitoches Central (Natchitoches, La./Elfrid Payton Elite) 6-6 2017 F: Cal Supreme simply couldn’t keep this broad-shouldered forward from scoring, as the junior-to-be had a standout game at both ends of the floor in Elfrid Payton’s 70-56 win. Not only does Rachal have the ability of an elite finisher, he rebounds hard, moves his feet well and goes the extra mile on the defensive end. He had an incredible block shot on a hustle play where he got back in bounds and swatted Cal Supreme center Brandon McCoy. Rachal finished the game with 29 points, 14 rebounds and two blocked shots. He also had 14 points (team-high) and nine rebounds in a key 59-55 win over the Las Vegas Prospects. Elfrid Payton is 9-7 and in sixth place (the top five advance to Peach Jam) in Division C. 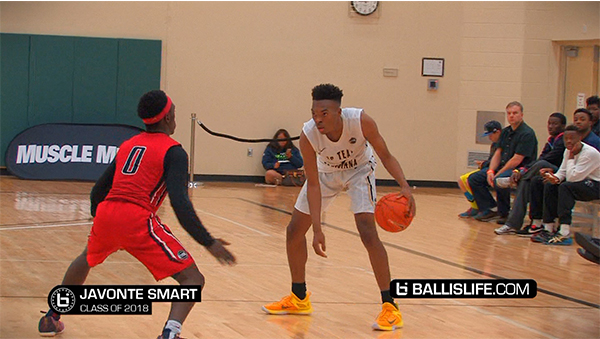 Javonte Smart, Scotlandville (Baton Rouge, La./Elfrid Payton Elite) 6-4 2018 G: The first thing that stands out about this sophomore-to-be is the poise he plays with up in the EYBL 17U division. There is a confidence about his game that is unflappable, although he still occasionally makes the freshman mistake. He’s the one of three ultra talented 2018 prospects from the state of Louisiana playing in the EYBL and is showing he belongs. With his solid shooting stroke and ability to play off the ball or run a team, Smart is proving he can impact high-level EYBL games. The smooth lefty made a clutch field goal in the win over Cal Supreme and finished with 14 points and three assists in that game. Smart had nine points, five rebounds and seven assists in the win over the Las Vegas Prospects and made 4-of-8 3-pointers in the two contests. 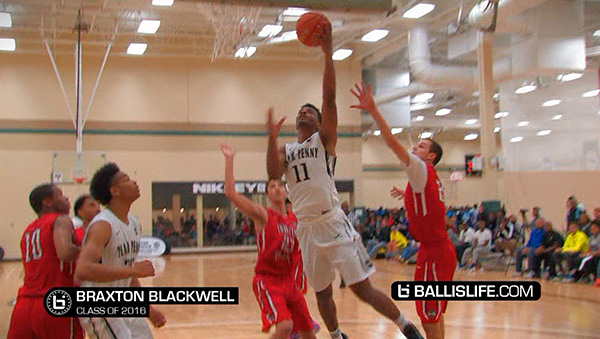 Braxton Blackwell, Christ Presbyterian (Nashville, Tenn./Team Penny) 6-8 2016 F: In the 72-57 victory over Cal Supreme, this athletic forward with a springy game made his mark with key plays down the stretch to go along with 13 rebounds. Blackwell’s vicious dunk gave his team a double-digit (58-47) lead with 3:58 remaining and he set up guard Dennis Smith Jr. for a easy field goal with a crisp pass on the move. Blackwell actually has some point forward skill, but must work on consistency with his outside shooting to take his game to the next level. He made all six of his field goal attempts (14 points) and came up with four steals in a 61-59 victory over Elfrid Payton Elite on Saturday night. 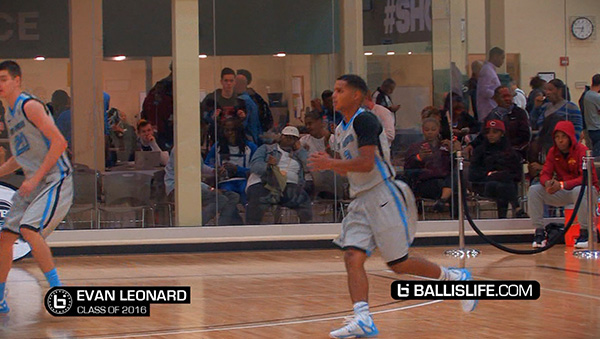 Evan Leonard, Cerritos (Cerritos, Calif./Northwest Xpress) 6-2 2016 G: Yes, his underhanded team is struggling in Division B (1-15), but this combo guard has been one of its bright spots. Leonard has a sweet stroke from the outside and doesn’t get enough credit for his ability to slash and score. He’s not an elite athlete, but Leonard does excel in finding gaps in the defense and knows how to stop his feet for pull-up jumpers (a lost art in grassroots and high school basketball). He’s more of a natural shooting guard, but is evolving into a quality mid-major combo guard prospect with good enough ball-handling skills and savvy to handle the pressure of playing the one. Against the EYBL’s top team, Team CP3, Leonard had his outside shot going, nailing 7-of-10 from 3-point range, and finished with a game-high 33 points. Holding offers from Cal-St. Fullerton and UC-Irvine, expect Leonard to announce before summer is up. 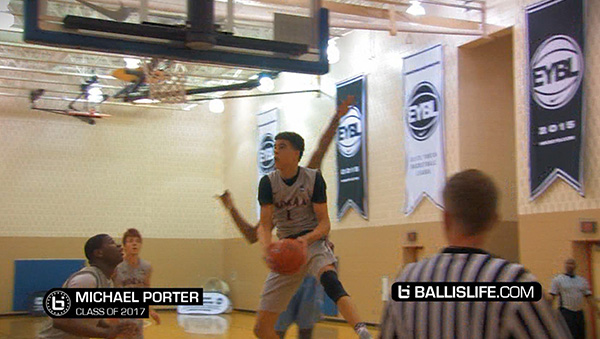 Michael Porter Jr., Tolton Catholic (Columbia, Mo./Mokan Elite) 6-9 2017 F: The en vogue thing to do in the grassroots scouting business is to compare an elite prospect with a current NBA star, especially if the pro has a unique skill set. Such is the case with Mokan Elite’s star junior-to-be, who is the latest player on the grassroots trail compared to NBA star Kevin Durant because of his combination of size and shooting ability. Porter’s length stands out as well, but he’s going to have to get more physical and relish contact down low in order to become a complete player. Porter loves the perimeter game right now and settles far too often when he could explode to the basket for a higher percentage shot. In that frame of reference, he is a lot like a young Durant. We also caught him dribbling with his head down at times this weekend. Still there is a lot to like about Porter, as he’s an effortless scorer and impacts the game with winning plays. Mokan Elite was tied with King James for second place in Division B at 12-4, two games behind Team CP3, with a round of games to go. On Sunday, Porter had 15 points and 10 rebounds in an easy win over Northwest Xpress and earlier in the day came up with 18 points, 14 rebounds, four assists and three blocked shots in a whitewashing of Seattle Rotary.

Wendell Carter, Pace Academy (Atlanta, Ga./Georgia Stars) 6-10 2017 C: Arguably the most dominant interior player at EYBL Session 4, the 250-pound Carter has led his team to a 13-3 mark in Division D, one game ahead both Each 1 Teach 1 (Fla.) and Team Takeover (D.C.) with one game remaining on Monday morning. Carter is a mobile post prospect and impacts the game on both ends with his rare combination of space-eating, timing and aggressiveness. Carter also doesn’t hesitate to shoot the open perimeter shot and can knock it down with respectable accuracy for a young prospect his size. Carter had 14 points and 10 rebounds in only 16 minutes of action in a 79-65 win over The Travelers (Ky.). Later Saturday night, he went for 16 points and nine rebounds in a 73-55 win over host Howard Pulley (Minn.) before an overflow crowd.

The Boston Amateur Basketball Club (BABC) joins Team CP3 (B), St. Louis Eagles and Houston Hoops in C and the Georgia Stars (D) as EYBL Divisional leaders with one session to go. BABC is 12-4, one game ahead of Wings Elite (Ark.), Athletes First (Okla.) and PSA Cardinals (N.J.) in Division A.

BABC defeated the PSA Cardinals on Sunday morning in one of the finest played EYBL games we’ve ever witnessed in terms of elite talent playing within a team setting. Leo Papile’s club won the game at the buzzer 58-56 on a eight-foot runner by 2016 guard Ikenna Ndugba of Brooks School (Boston, Mass.). Ndugba finished with 14 points while his backcourt mate Bruce Brown, a 6-foot 2016 prospect out of Vermont Academy (Boston, Mass.), finished with 16 points. Later on Sunday, Brown had 17 points and 6 rebounds in a 64-63 win over Boo Williams Summer League (Va.) in which Ndugba did not play.