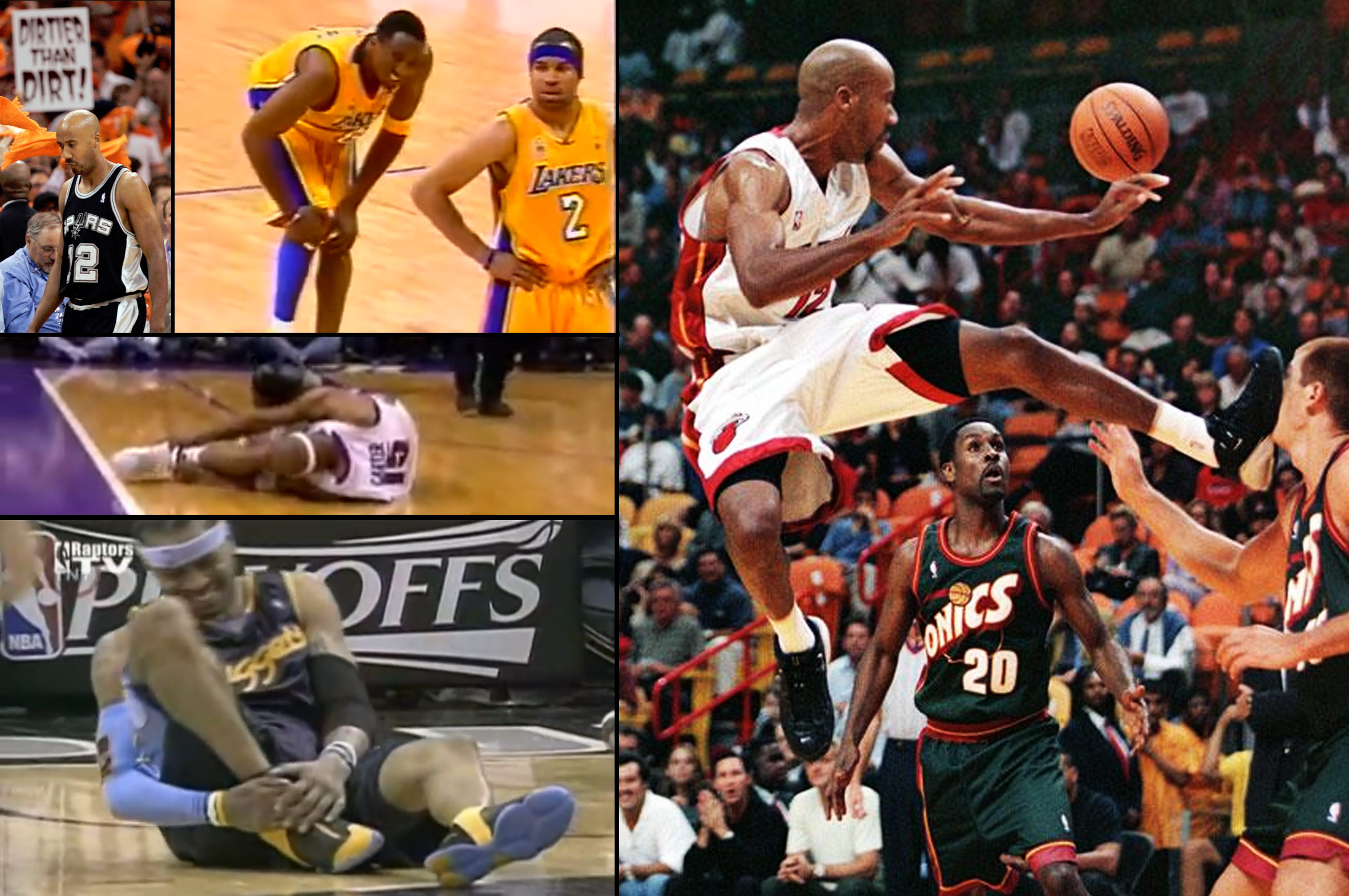 As the video of Coach Popovich ripping Zaza Pachulia and comparing his actions to manslaughter goes viral, it’s only fair I dig in to archives and pull out some of the greatest hits, kicks and trips by one of his former players. A player who has a longer list of annoyed opponents — Kobe, Vince Carter, Allen Iverson, Steve Francis, Chris Paul, etc, etc — than Zaza. A player many consider one of the dirtiest, if not dirtiest player in NBA history. A player I thought was going to make former Knicks coach Isiah Thomas turn back into Bad Boy Piston Thomas after Bowen undercut Jamal Crawford. A player Coach Pop used to defend by saying things like, “the people who cry about (Bruce) are just frustrated about having to go against Bruce.” A player that goes by the name of Bruce Bowen.

Before I get into his greatest hits, it’s only fair I do mention he’s a member of eight All-Defensive Teams (FIVE 1st team) and three NBA championship teams. And here’s his thoughts on people calling him “dirty.”

I don’t like to call players dirty, because I know what I understand how it feels to be called dirty. No one understands a player’s intent except him and so, for me, I never said that he was a dirty player. What I did say that I felt like he took an extra step in the course of the closeout. And sometimes when people, when they hear that coming from me, it’s ‘how dare he say that? How dare he say what he saw? When he was a player that was dirty.’ My biggest issue … is I’m not a dirty player. I was an aggressive player. The unfortunate part about that word when it’s tossed out there is people just go with it. And no one truly understands what it is to be labeled that way and no one knows intentions.

I was an aggressive player and I don’t take any of that back.