You could say Friday was a tough night for the Rivers family. Down by 22 midway through the 2nd quarter of a game against the Rockets, Austin Rivers was ejected after accidentally bumping into referee J.T. Orr.

“I would never put my hands on a ref. I have never done anything like that in my career and it was frustrating to me because he happened to be right behind me,” Austin Rivers said. “He knows I didn’t touch him like that … he was in the wrong place at the wrong time and unfortunately it cost me the game … and it was a big deal for our team me going down.”

Moments later, Doc Rivers was given the boot after, according to crew cheif Jason Phillips, using “extreme profanity” while complaining about Austin’s ejection.

The father and son duo, who were also both ejected in a same game earlier this season, weren’t the only Rivers to have beef with the refs on this night: Callie Rivers, the lovely sister of Austin and daughter of Doc, went on a justified rant on Twitter.

Speaking of Austin, who probably gets unfairly picked on more than any other player in the league, here’s his reaction to a heckler, earlier in the week, who pulled out the lame “only because of your Dad” comment. 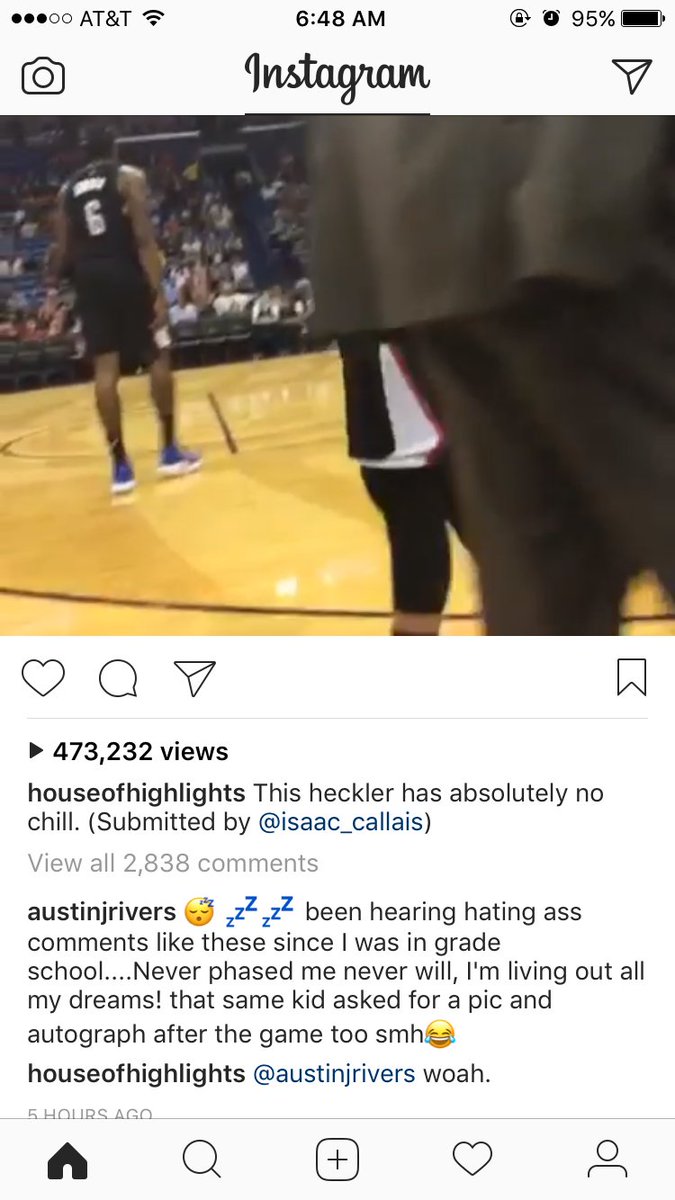