“I was surprised,” Derrick Rose said about Carmelo Anthony’s ejection on Friday. “He was still talking quietly. I didn’t get it. They have a history, I guess.”

With 4 minutes and 44 seconds before the half, referee Tony Brothers called a tech on Melo after a questionable loose-ball foul.  Melo followed Brothers around, continued talking and then was given a quick 2nd tech, which resulted in an ejection.

After the game, Brothers said the two techs on Melo were for “bad language” and they have no “history” between them.

One person not buying that is Melo’s wife, La La, who took to twitter to say Brothers “hates Mel. It’s personal. Always has.” 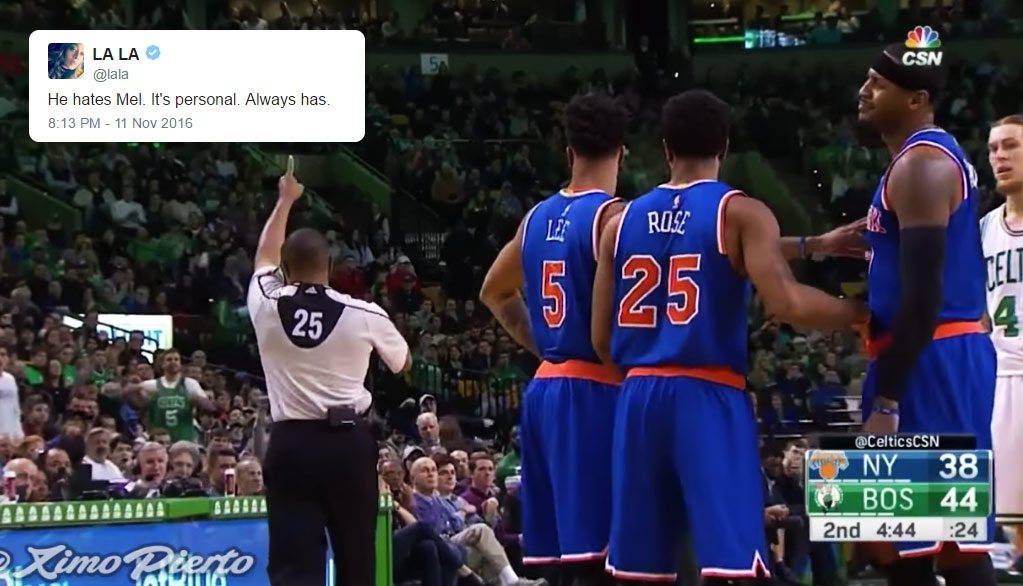 The Knicks also racked up four other techs in the 28 point loss. To avoid any fines from the league office, Coach Jeff Hornacek didn’t have much to say about the techs.

“I cannot comment on that stuff except, for some of those, I don’t blame the guys,” he told reporters.