"WHEN KEEPING IT HOOD GOES WRONG!!" ???? go look at this foolery on my snap ?lala

“Who do you know goes to the corner store with a robe on?”

That’s Carmelo “Captain America” Anthony’s wife, the lovely LaLA, messing with the King of New York as he went shopping at the corner store, while wearing a robe with his name on it, an Olympic hat and a small stack of cash.

I don’t see the issue and was actually hoping he was going to have his 3 Gold medals around his neck too.

Now, if he decided to bring out his NBA draft day suit or the one he wore to the 2005 ESPY Awards, then he deserves to be crucified. 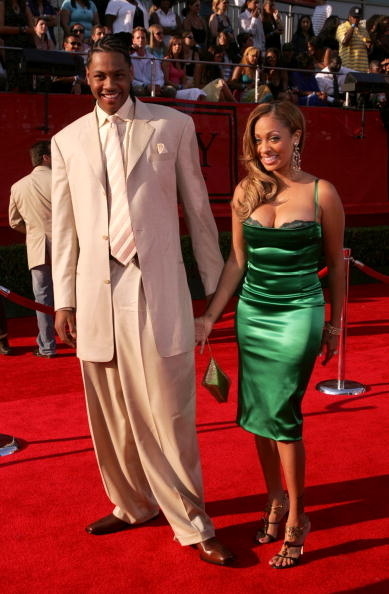