“They were joking around to me the last couple of games that I’m old. I had a couple of dunks and they haven’t seen that in a long time,” said a 30 year old Carmelo Anthony about his 1-hand alley-oop dunk over Wes Johnson, “One of those moments I had to look at the bench and let them know I still got it.’’

He also had it going on from everywhere on Sunday, Melo scored a game-high 31 points and grabbed 8 rebounds in a 12 point victory over the Lakers.

Back to the topic of Melo and dunking. Most people probably would be surprised to know that Melo won a Sprite Slam Jam dunk contest and the 2002 McDonalds All-American contest against NY teammate Amar’e Stoudemire. More surprising than Melo being in the contest was Chris Bosh(!) was also in it and …are you ready for this….former Knick RAYMOND FELTON! 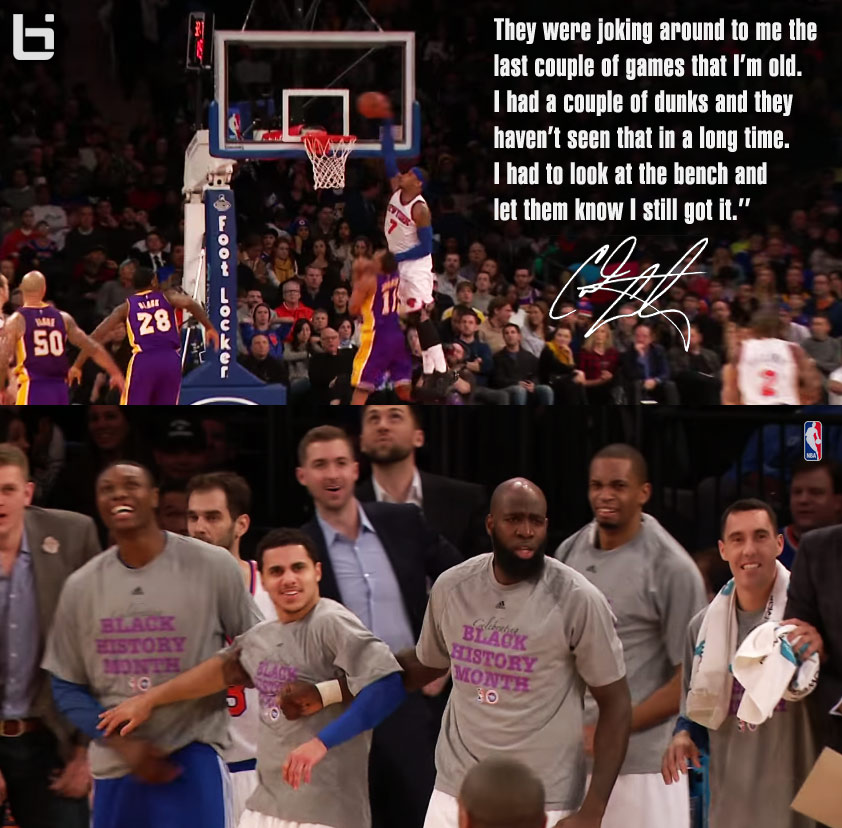