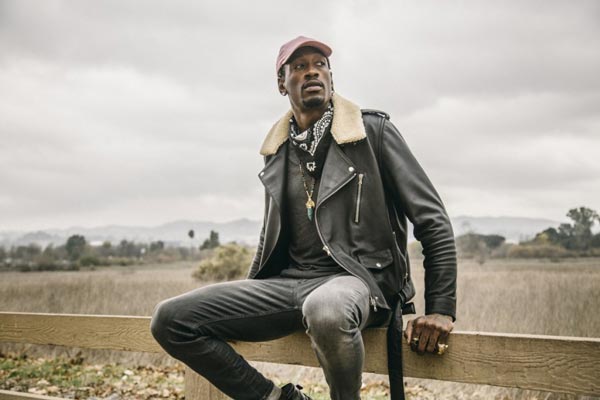 It’s been nearly two years since Larry Sanders walked away from the NBA. On his terms it was for the better. Placing his mental health & over all well-being above all. Not many understood his perspective on life. Why he left so much money on the table to retire at such an early age. There were many people who called him selfish & a waste of talent. Only Sanders understood what needed to be done in order to get his life back on track to better his health.

Sanders understood what being successful in the NBA meant.  Sacrificing time with your friends & family to pursue a career with the big boys was something Sanders was not really fond of.  Consistently working on his game when he’d much rather be working on other projects.  Throughout his career he wanted to spend his off time with his kids or working on his art.  Art was his first passion.  He discovered it at an early age, way before he discovered his talent for hoops.

Today, Larry Sanders is living a happy life. Having the ability to start & finish his personal projects on his terms without having to worry about the cruel NBA schedule that professionals endure. Sanders also known as “L8SHOW” has been curating art projects as a full time creative. He even produced a track for PARTYNEXTDOOR’s 3rd album “P3.” Looks like the “L8SHOW” has finally found peace within himself & his life.  Respect.

Watch the video below if you really want to understand Larry Sanders’ life after basketball.  And you can read the article in full here.