How many of you thought it said shit instead of shirt? Although eating your own feces is much more disgusting sounding (unless you are one of those skat freaks) than eating a piece of clothing (unless you are a moth), you will probably do less damage to your body and intestines by eating your feces.  But unless a gun is pointed to your head, I highly suggest not doing either, like this idiot Cavs fan – even if you are allowed to use BBQ sauce.

According to YouTube user Tyler D, he was just honoring a bet he lost; A bet that a lot of people (myself included) lost a lot of money on after the Warriors came back from 3-1 and beat the Thunder in GM7.

Thankfully Tyler did not choke, the same can not be said for some others involved in the series. 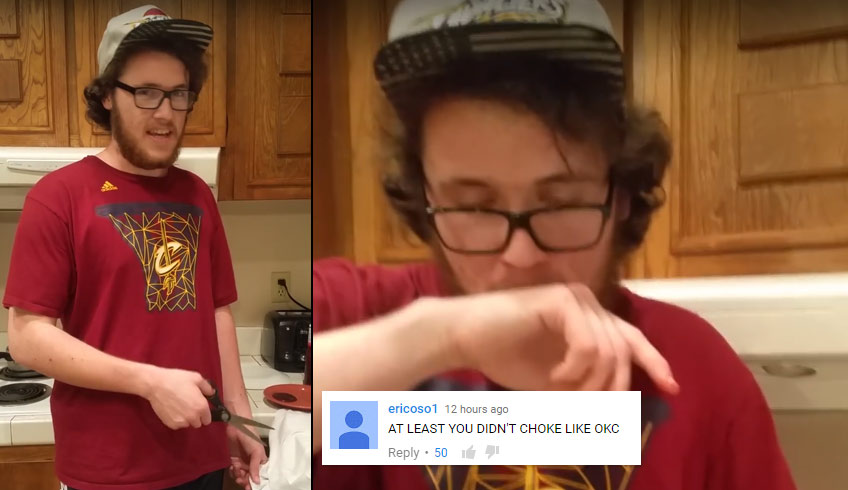