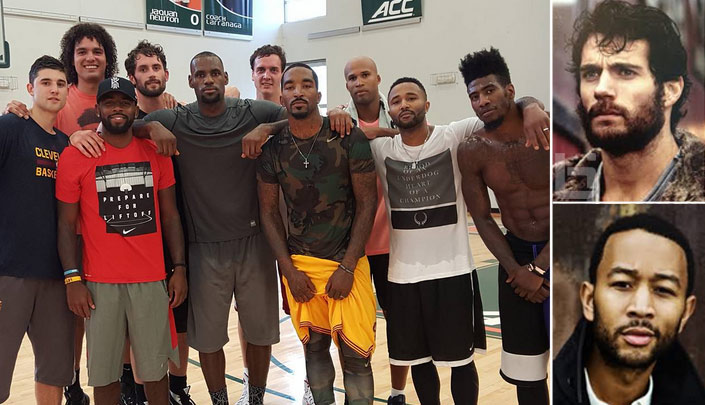 When did John Legend and Henry “Superman” Cavill join the Cavs?

LeBron organized a voluntary training camp with his Cleveland teammates last week and posted a photo of the team to his Instagram account. In the caption he wrote “Missing a couple but not forgotten. We on a mission! #TheLand #StriveForGreatness” One of those missing is Tristan Thompson who is in the middle of a contract dispute with the Cleveland organization right now.

Mo “resembles John Legend without Chrissy Teagan on his arms” Williams also posted the original pic to his Instagram account with the caption, “Good day at the office. #questforaring #togetheron3familyon6.”

Iman “had to have his shirt off” Shumpert had these amusing hashtags to add to his posting, “#isweatedmyshirtout #iswearimnotflexing #showthistoteyana #cue3500byTravisScott.”

As for Superman, Kevin Love didn’t share the pic….but Kyrie “still rehabbing” Irving showed up and did.