It was a carry but if the refs would have called it then we wouldn’t have had this awesome clip of Chandler Parsons breaking Ryan Kelly’s ankles and then hitting a nice layup. Chandler also needed the bucket since he was struggling from outside (1-5 3pt).

As for Kelly, in 23 minutes he had 2 rebounds and missed all 4 of his field goal attempts. 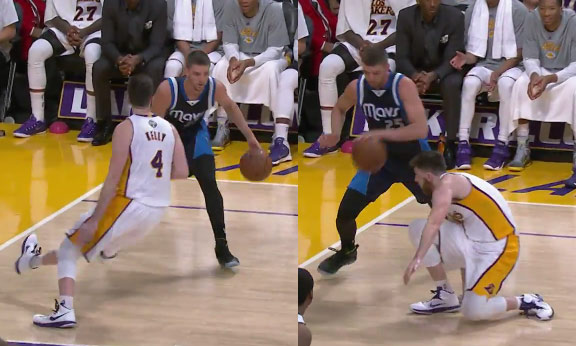