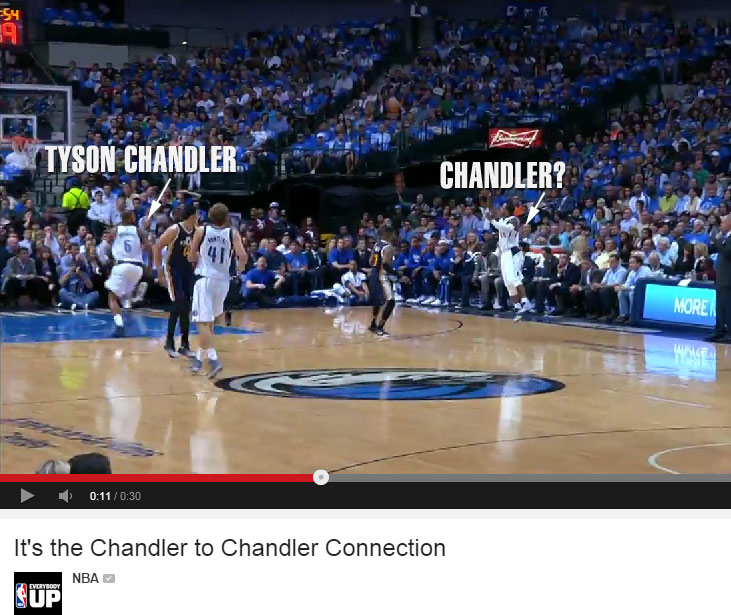 The NBA uploaded this alley-oop dunk to Tyson Chandler from 6’0″ Jameer Nelson and put the headline “It’s the Chandler to Chandler Connection” on it. The always brutal YouTube community had their fun blasting the NBA upload but to defend the intern who probably uploaded the video, Chandler Parsons did throw a lob to Tyson in the game but the wrong video was uploaded.

I wish the story really was some guy thought the 32 year old Jameer Nelson was the 6’9 26 year old white guy who just joined the team but that wasn’t the case.

Here’s the video which I assume will have a changed title later on in the day.  What nobody is mentioning is that the thumbnail in the vid is actually from a 3rd Tyson Chandler oop in the game.

As for Chandler Parsons, he had 5 points and 5 assists in his 2nd game with the Mavs…or was that Jameer’s stats?

Whatever, check out the real Chandler rapping with Dirk and Monta as Run DMC.

You got to love Chandler’s line “Left Houston so easily.”