During a recent interview on 97.5’s The Fanatic, the always outspoken Charles Barkley touched on a lot of controversial topics ranging from sports betting to the Pope to Bill Cosby but it’s his comments about Officer Darren Wilson and Ferguson which will dominate the headlines.

“The true story came out from the grand jury testimony,” Barkely said, adding that “three or four witnesses, who were black, said exactly what the cop said.”

Barkley then pointed a finger at the media for much of the misinformation people run with.

“I can’t believe anything I hear on television anymore, and that’s why I don’t like talking about race issues with the media anymore because they love this stuff and lead people to jump to conclusions. The media shouldn’t do that. They never do that when black people kill each other.”

He also commented on the looters.

“Those aren’t real black people, those are scumbags,” said Barkley. “There is no excuse for people to be out there burning down people’s businesses, burning down police cars.”

Barkley’s take is a sharp contrast from most of the other high-profile athletes who have spoken about the decision. 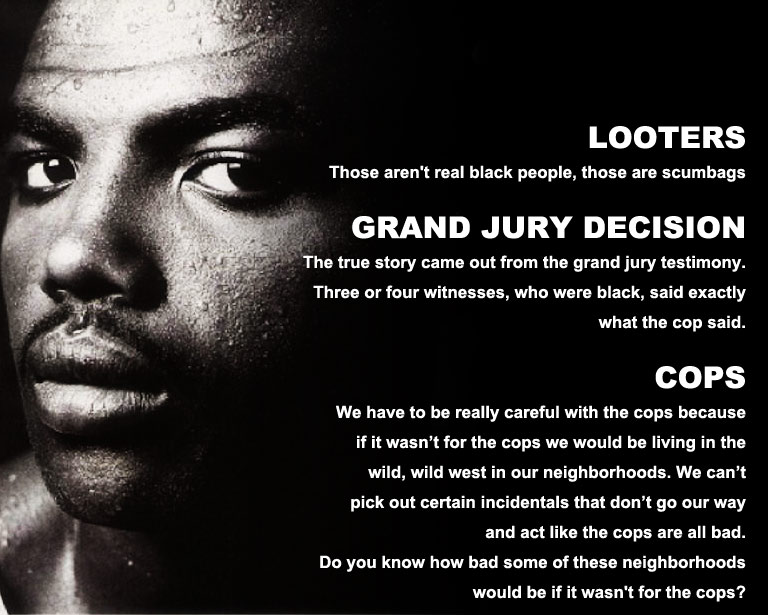