Here we go again arguing what is considered a “poster dunk” and was it not.

During last night’s game between the Heat and Thunder, Kevin Durant finished off a beautiful drive with a vicious dunk on/over/around/whatever Chris Bosh. It  wasn’t what most would consider a “posterization” that warrants a RIP meme but I wouldn’t mind putting this poster on my wall. 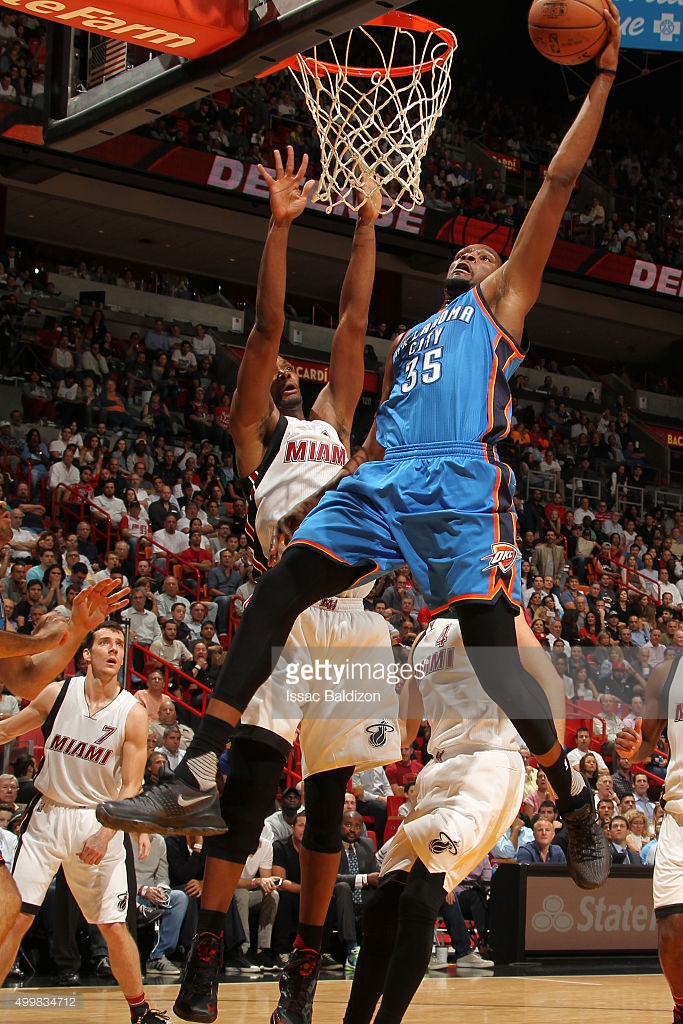 So although it was not a “poster dunk,” it did generate a nice poster.

A similar thing happened back in Game 1 of the 2012 NBA Finals when Durant threw down this down over Chris Bosh.

Some said it wasn’t a “poster” but these are some nice posters. 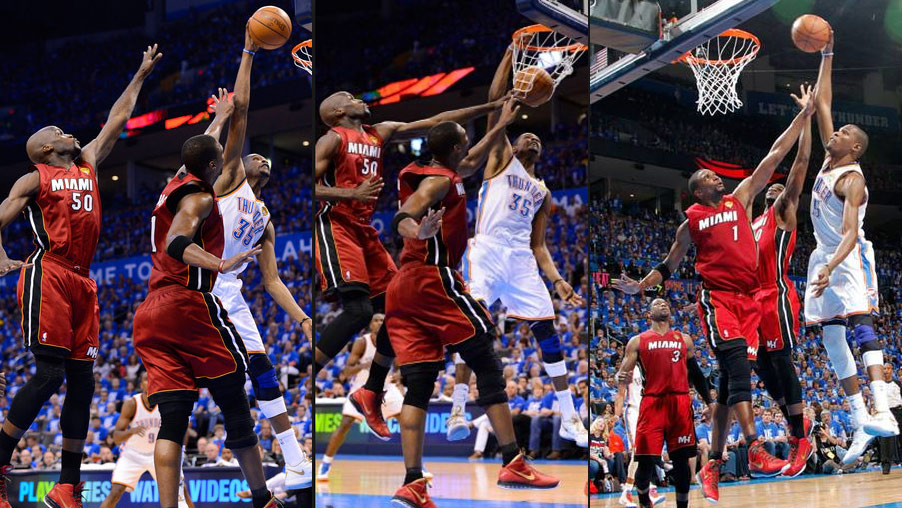 Same could also be said about this dunk from the 2013 All-Star game. It wasn’t close to being a “poster dunk” but those are some nice non-flattering pics of Bosh. 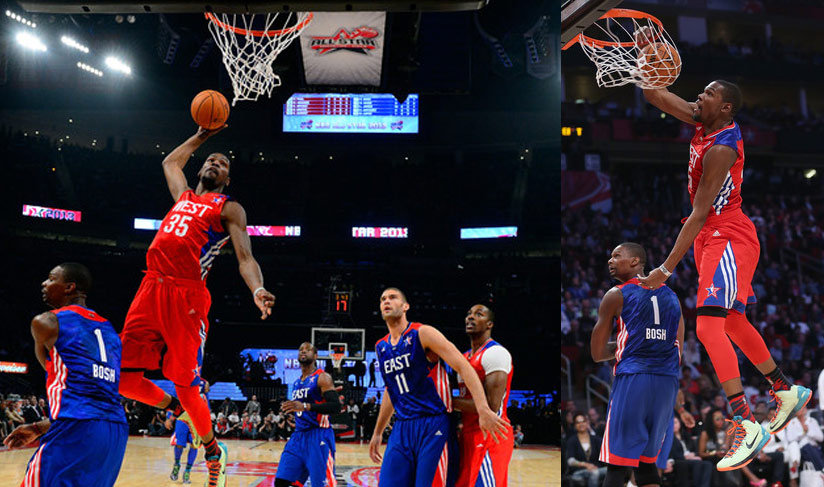 If you want to see what a true Kevin Durant posterization on a defender looks like, then flashback to 2012 when he murdered Roy Hibbert with this poster dunk.