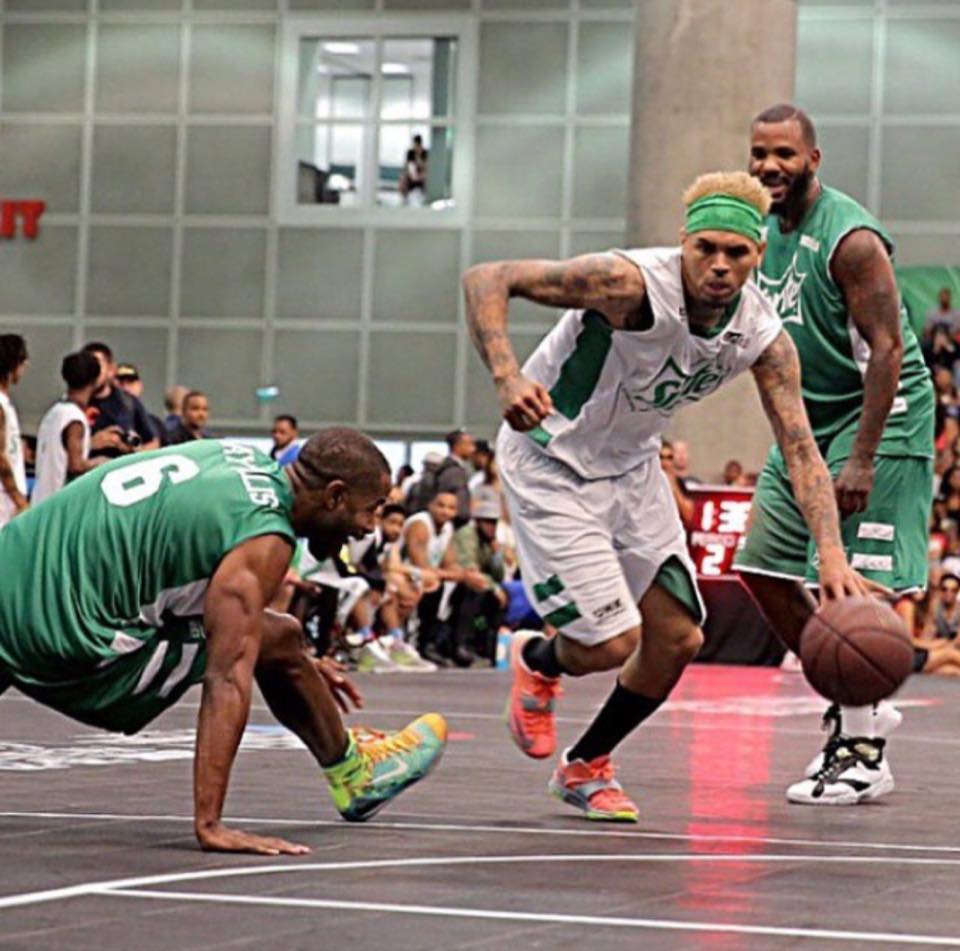 BET & Sprite held their annual celebrity basketball game on Saturday and a lot of the usual suspects like Snoop, Floyd Mayweather, The Game and, of course, Chris Brown were playing.

During the summer, it seems you can catch Brown at a different celebrity game each week, but unlike most of the famous faces you will see in most celeb games — including the NBA All-Star weekend one — Breezy can play and actually generate some highlights. Need an example? Here’s a throwback from last summer of Brown showing off the Shammgod crossover and teammate Guy Dupuy doing a windmill over four people.

On Saturday, Brown was back to breaking ankles and throwing lobs to the high flying Guy Dupuy (shout out to Guy who can be seen in the new Dennis Rodman documentary that premiered on Showtime this weekend) as women threw their panties at the ankle-breaking Brown.