Chris Paul had a rough 24 hours after becoming the meme of the day thanks to Shaq’s “you guys suck” jokes from the Justin Bieber Roast and Steph Curry’s ankle breaking crossover on Tuesday night. So it’s no surprise he took it out on the Blazers on Wednesday night with a season-high 41 points and 17 assists.

12 of those 41 points came during a 41 point 4th quarter which was sparked by an unnecessary shove by Chris Kaman at the end of the 3rd.  A shove that pushed Paul out of bounds and caused Big Baby Davis to shove Kaman and then flop when LaMarcus Aldridge barely shoved him.

“CP already had it going before that to be honest, but that just brought more energy into the game,” Rivers said. “When you’re lacking energy or just looking for anything, little plays like that can help you — or they can do you in, too. You never know how that’s going to go. I was happy with how we responded to it.”

Paul also had a great response after a happy looking Dahntay Jones congratulated Paul after a late 3-pointer in the 4th quarter with a headbutt to the lip. Paul jumped back, held his lip and gave Jones a pat on the chest and said “that hurt more than my ankles did last night after playing a game of Twister.”

OK, he didn’t say that but the image of CP3 playing Twister that Kevin Hart sent Paul last night is still making me happy. 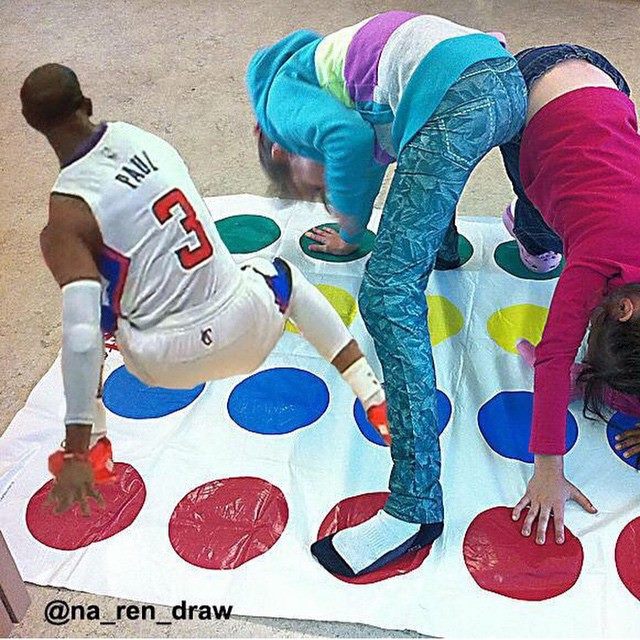 But not as happy as Clippers fans watching Paul crossover Arron Afflalo and hit one of his 5 3-pointers.

And not as happy as daily fantasy players who had Paul in their lineups as he put up 41 points, 17 assists, 5 rebounds, 5 3-pointers, 4 steals and went perfect from the line while only turning the ball over 1 time. 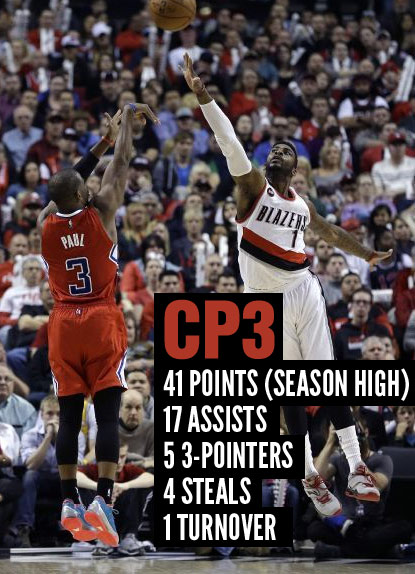