On an episode of NBA TV’s Open Court last season, the panel was discussing players that gave them the most fits. Chris Webber gave one of the most surprising answers, when he said undrafted Marty Conlon, who has played for 16 pro teams between 1990 and 2005, was his pick.

If you have any memory of the Bronx Bomber, it’s probably his shooting form and it’s that form and awkward style of Conlon that made him so frustrating to guard.  Chris Webber even said he created a team rule that would fine any player $100 if they went for one of his pump fakes….guess who ended up going for about 25 of them?

“He gave me the business many times. Marty, he was the man” – Webber.

One game in particular where Marty did give Webber the business, was on March 10th of 1995, when Marty matched Webber’s 20 points and hit 7 of 9 from the field in a win for the Bucks. 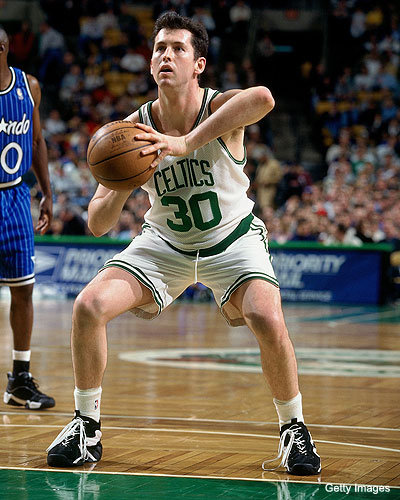