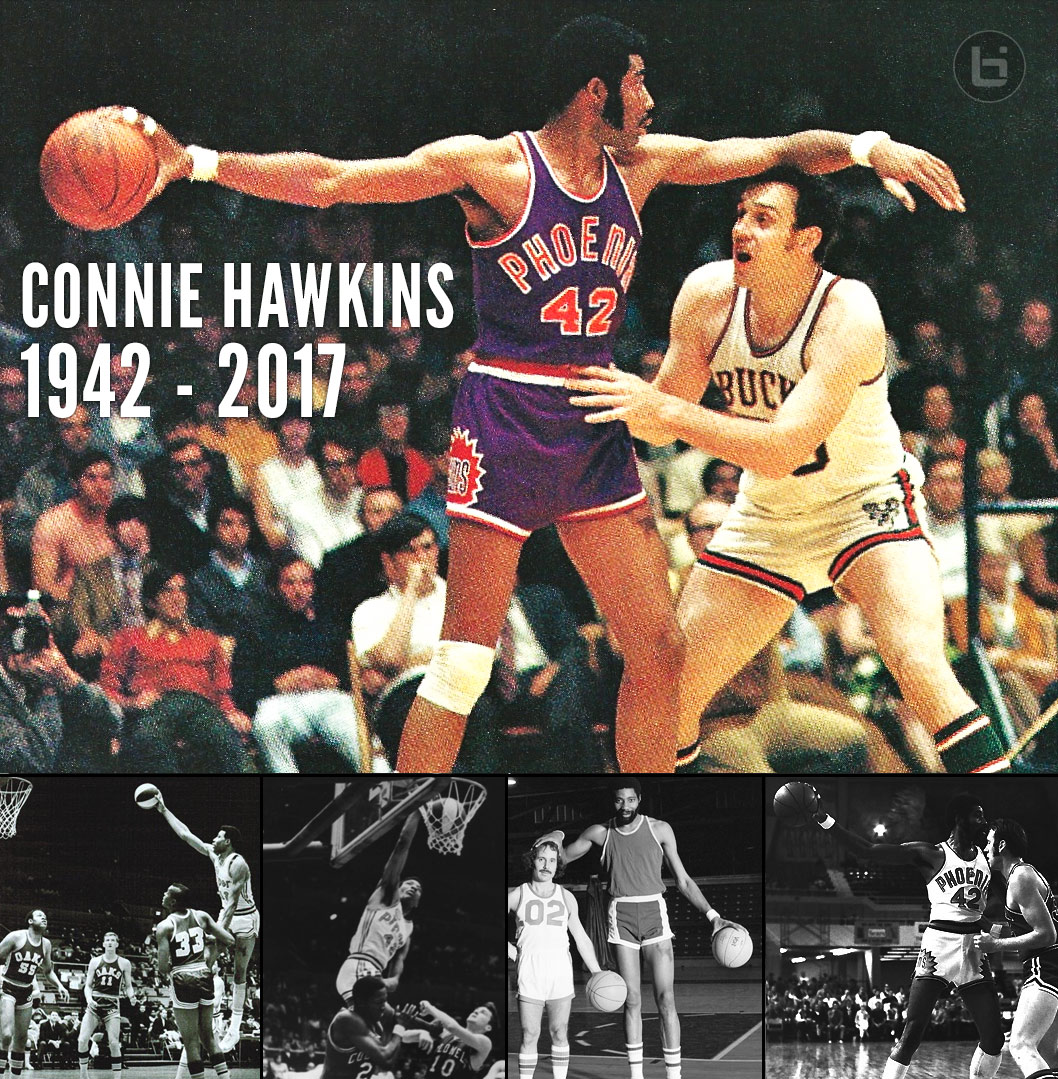 I’m guilty of calling Michael Jordan the “king of ball fakes and palming the ball.” Then I’ll come across a video or some pics of the great Connie Hawkins aka The Hawk and be reminded of who really deserves this title. I’ll also be reminded of his unappreciated greatness.

“He was Julius before Julius. He was Elgin before Elgin. He was Michael before Michael. He was simply the greatest individual player I have ever seen,” said Larry Brown during an episode of ESPN Classic’s SportsCentury.

The 6-8, skinny-as-a-rail-high-flyer was also a Rucker Park legend, Harlem Globetrotter, ABA Champion & MVP, and an NBA All-Star, who was robbed of many of his best years due to a late start — he was banned from the league after being accused of having an involvement in a college point-shaving scandal — and an early retirement due to injuries that limited his career to just seven seasons in the NBA after the ban was lifted.

Despite the unfair ban and unfortunate injuries, Hawkins’ resume and recognition as one of the most talented players ever still took him to the Basketball Hall of Fame in 1992.

“He was the first guy on that Dr. J, Michael Jordan level,” said Doug Moe in Sports Illustrated magazine. “Long strides. Hold it in one hand. Wheel it around. Nobody could match him for that.”

The second half of this video contains some amazing footage showcasing the way Hawkins would palm and wave the ball around.

SON OF THE CITY