07.23.17 UPDATE: McGregor is actually wearing a CJ Watson jersey. He wore the Watson jersey to troll Mayweather, who spent time in jail for assaulting his baby mama, who was supposedly dating Watson. Draymond Green thought he was wearing his jersey, told McGregor to take it off via an Instagram post and was given a verbal beatdown by McGregor.

The “Fuck You” suit almost made me a Conor McGregor fan. But a Jason Richardson throwback Warriors jersey (45 second mark) might be enough to have me rooting for him when he takes on Floyd Mayweather on August 26th.

Most will cite one of Richardson’s two dunk contest wins as the day they joined the J-Rich fan club or maybe when his “We Believe” Warriors beat the Mavs in 2007. For me, I’ve been a fan of J-Rich since he almost stole the Vinsanity show during an exhibition game between the Olympics Team and a USA Select team in 2000. I became a gold member in the club when I watched him knock down seven threes and piss off Carlos Boozer by throwing the ball off his head (pre shoe shine) on his way to a 2003 Rookie Challenge MVP award. 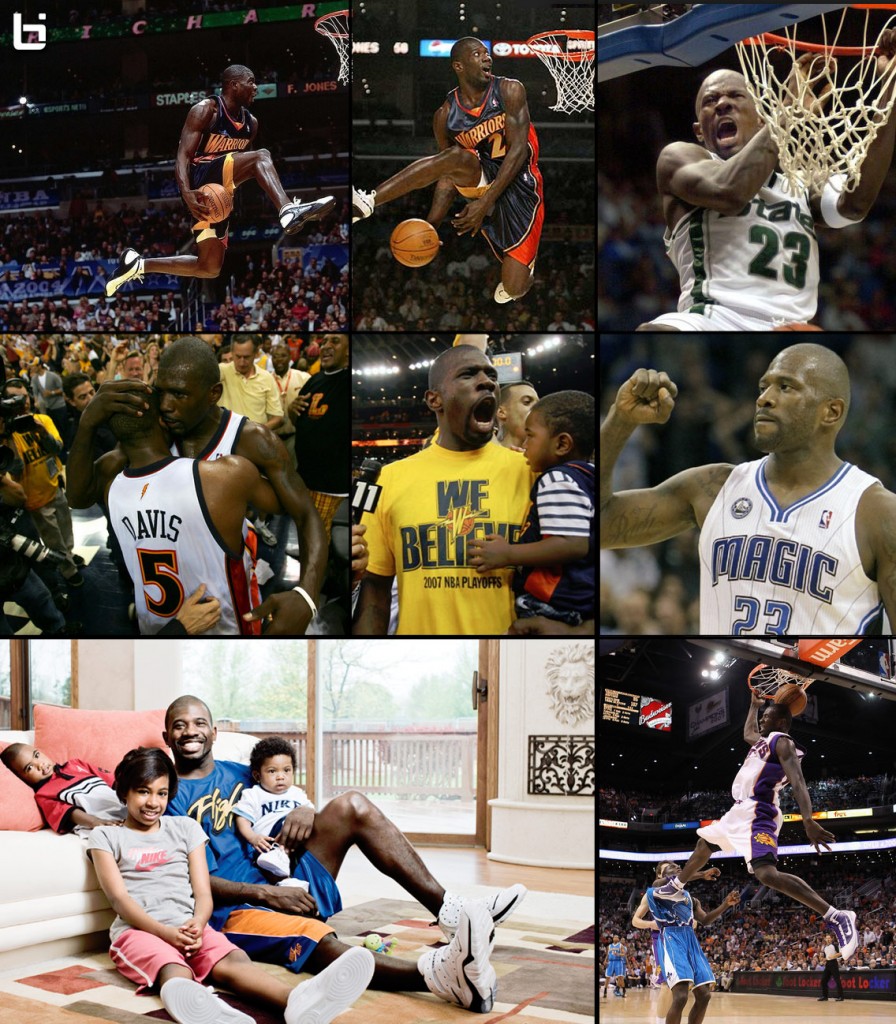