I’m really not trying to bash NBALive 16 but the demo avatars were a disaster and some of the glitches were just as bad. On Wednesday, Live Executive Producer Sean O’Brien released an update on the company website addressing the issues, thanking fans for downloading the free demo, promoting the Pro-Am feature and reminding fans that the game comes out on the 29th – 24th if you are an EA Access subscriber.

I was back to feeling positive but then they released this image with the question “Best PG in the NBA?”

What makes this image and question so funny is their cover athlete, Russell Westbrook, has the worst rating among the 4 point guards. To make it worse, he’s not even close with his 84 score (please tell me this was an error) – 6 points lower than John Wall and Damian Lillard.

But don’t worry because it is an error on the graphic EA posted. His real rating is 94 – which was pointed out to us by Twitter user @IamBabyShaq (great handle). 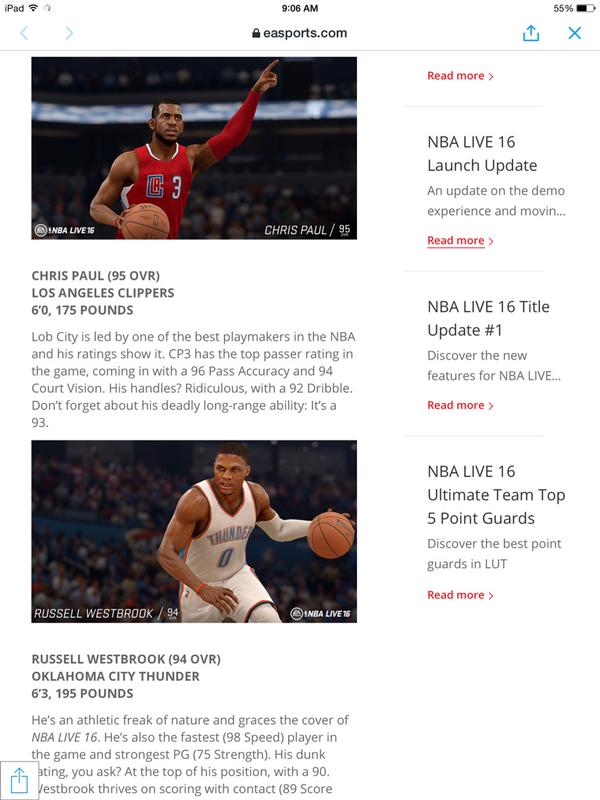