God was smiling on Cody Zeller on Wednesday night when Godzingis’ game-winning 3 with .06 seconds left was waived off.  This meant the game-winner belonged to Zeller – his first game winner since high school.

“Just a relief,” said Zeller who missed a pair of free throws with 28 seconds in the game. “It was a roller-coaster ride for me, missing those two free throws, then making that shot and then I thought I gave it away at the end.”

Although he didn’t get the Knicks the W, if you had Kristaps in your fantasy leagues yesterday, he probably helped you get a W with his 10 points, 15 rebounds and 2 blocks. The only thing that would have made that fantasy line sweeter is if he would have had a 3-pointer in the game. 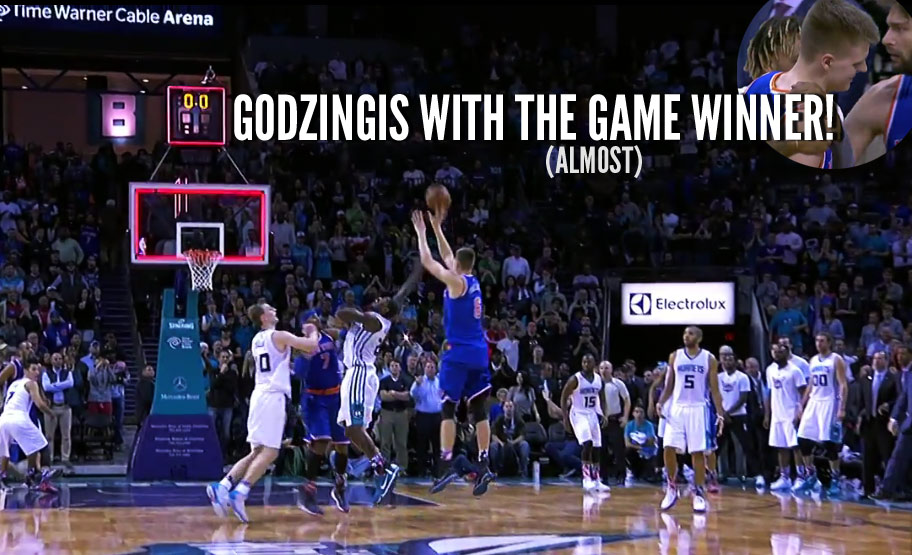