I know it’s not right for an adult to make fun of a kid, it’s mean and more importantly your kids will probably end up being just like the kid you called fat, bratty, dumb, etc. Since I already have 2 and don’t plan on having another, i’m comfortable crossing the line and going off on a kid, toddler and even a baby, although it means I might end up in hell. So when the trend of bringing your little ones to post game press conferences kicked off again with this year’s playoffs, I was ready to drop some immature jokes on some kids….. but I can’t because they are just too damn cute.

Last night, Kyle Lowry and DeMar DeRozan brought out their kids and they were so adorable (flawless!) that I didn’t hear a word either of the All-Stars said about their big game 5 win.

Same thing goes for Isaiah Thomas (get well) and his sons after the Celtics game 4 win this past weekend. How can you hate on a kid that says his Dad is the “best basketball player in the world.”

I know there’s a few grumpy people in the media who find these scene stealing moments an annoyance, but as a father and family man first, second, third and so on and a basketball fan & media guy a very distant whatever number, I love these moments like I loved the facial expressions on Derrick Rose’s kid during last year’s playoffs.

And although many people might think bringing kids to your NBA work day started last season with Steph and Riley Curry, players have been doing it for decades and hopefully will continue to do it and proudly show not all NBA players are non-existent Dads that conduct baby making tours while they are on the road.

So shout out to all the NBA dads and their bad a$$ spoiled children (JK!). 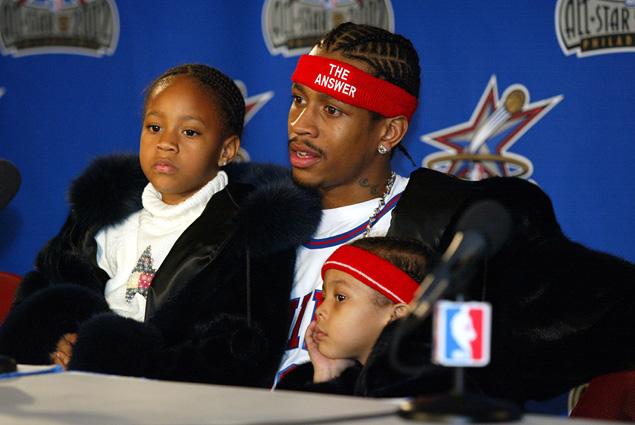