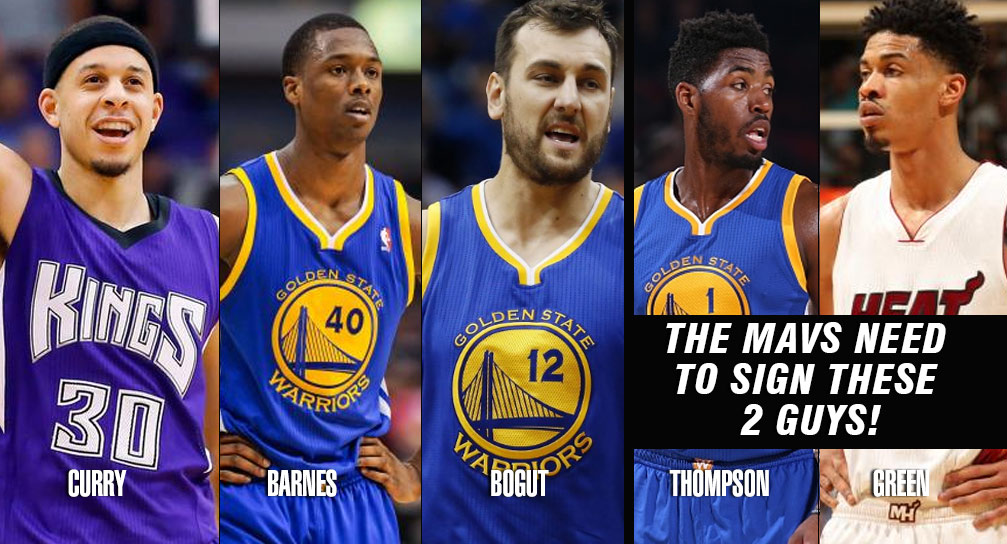 Great news for Mavs fans came this morning when Dirk Nowitzki agreed to a reported 2-year, $40 million deal. This news came a day after watching the Mavs try to create a “bootleg” version of the Warriors by making a deal with Seth Curry (2 years, $6M) and his brother’s former Golden State teammates Harrison Barnes (4 years, $94M) and Andrew Bogut (trade).

The circulating joke on the internet is all Mark Cuban needs to do now is sign Jason Thompson and Gerald Green and they could put out a line-up of Curry, Thompson, Barnes, Green and Bogut.

Obviously that’s not going to happen, but I am hoping Seth – free from George Karl – will get the starting job over Devin Harris and J.J. Barea and the minutes to show he’s much, much more than the brother of Steph Curry.

SETH VS THE MAVS IN THE PAST