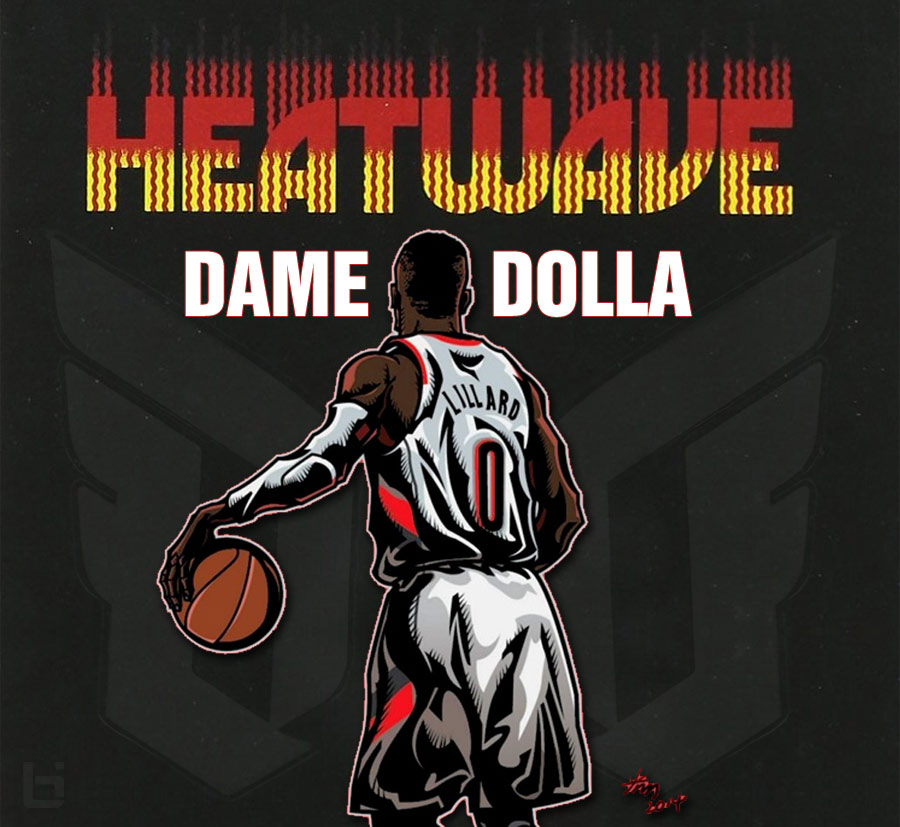 A lot of Hip-Hop fans probably have September 25th marked on their calendars: Joe Budden, Fetty Wap and Casey Veggies are all scheduled to release albums on that day as well as The Game who will be putting out a sequel to ‘The Documentary.’  But the album I’m most excited about in September is not one of those, or Mac Miller’s new album or even ‘Deeply Rooted’ by the legendary Scarface.  It’s the debut EP from Damian Lillard aka Dame DOLLA.

Earlier today, Damian via his Twitter account announced that the EP was dropping on September 21st and that the plan is to have it on all streaming services like Spotify and Apple.

He also dropped an original single off the album called ‘Heat Wave.’