“He looked like Steph Curry out there.” Said Warriors coach Steve Kerr about Damian Lillard, who scored 51 of the Blazers’ 137 points in a 32 point win for Portland.

I’ll speak for Dame Dolla and say “F*@# You Kerr.” What the Oakland native looked like on Friday night was a man who should have been on the All-Star team with Kerr and without debate; a man on a mission; a man putting up numbers this season that Derrick Rose put up during his MVP season.

“It’s a great feeling,” said Lillard. “Especially against the best team in the league. I haven’t scored 50 since ninth grade.”

The 50 was the first 50-point game by a Blazer since Andre Miller in 2010 and Dame pulled it off in just 31 minutes. He also became the first player in the NBA to rack up 50 points, 7 assists and 6 steals since the 1974 and the first to have 50 & 7 without a turnover since Reggie Miller in 1992. The 51 also ties him with fourth on the franchise list and his nine 3-pointers tied a franchise record and Warriors opposition record.

“Dame had it going early and had it going late,” Blazers coach Terry Stotts said. “At the end it was just ridiculous.” 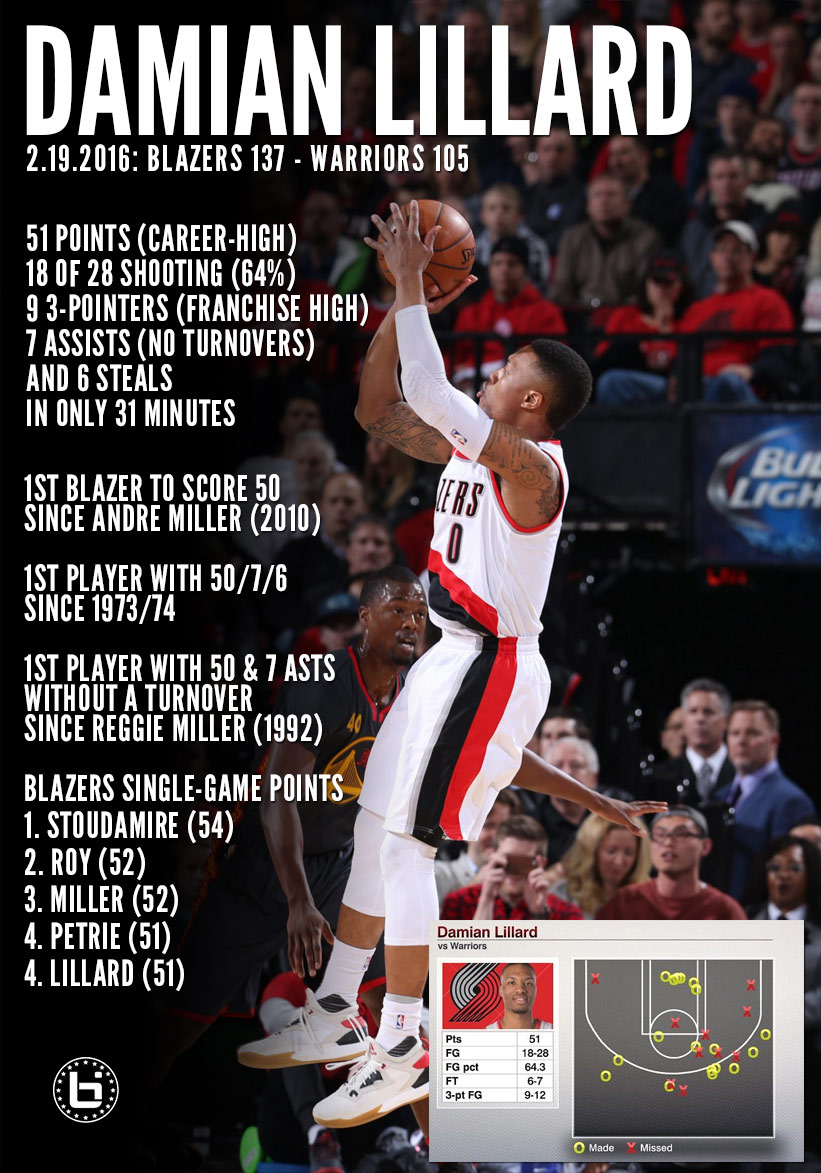