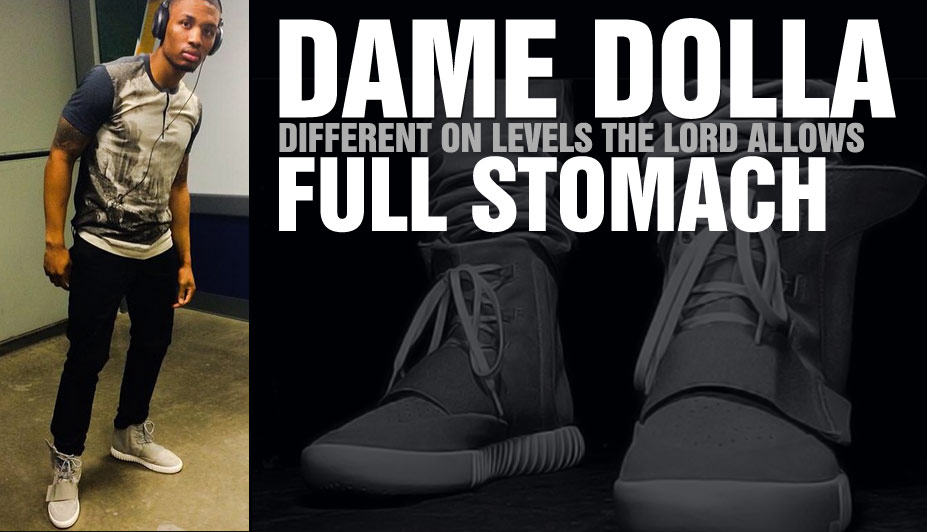 A week after dropping the ‘F**k up Some Commas” freestyle ‘Soldier in the Game,’ the league’s best rapper dropped a new single called ‘Full Stomach.’  The new freestyle is over the Kanye West produced ‘Food’ by Common and once again, Lillard shows that people need to stop comparing him to other baller/rappers and just compare him to people who make a living off rapping.

And ima tell you what you feed the mind ultimately grows
I feed wisely and now I’m just reaping what I sewed
Conscious rap up in my speakers, Kendrick and jcole
Why they askin who the best rapper in the league when they know… Dame Lillard

Speaking of “making a living,” Lillard has a lot to rap about with his new 5 year deal and 4 of his former teammates chasing new ones in other cities this summer.

Speaking of chasing, I was pretty disappointed at last year’s all-star weekend that I wasn’t able to give Lillard a few gifts I brought specifically for him and his upcoming album.  I’m not going to reveal the gifts/ideas here (yet) but you will be hearing about it.

In the meantime, let’s go back to Dame DOLLA’s classic freestyle he dropped on ‘Sway in the Morning’ while I was looking for him all over New York and Brooklyn that Friday morning.