Last week, Damian Lillard let the world know just how good of a rapper he is by dropping a full album called “The Letter O.” On Tuesday night, he reminded the world just how good he is at his main job and why Steve Kerr picked him to be this season’s MVP, by dropping 39 points in a comeback victory against the Jazz.  He also had 9 rebounds, 6 assists and connected on 13 of 20 shots (4-6 from 3, including a clutch 3 with a minute left) and all 9 of his free throws.

“With a streak that long, longest in the NBA, we wanted to keep it going,” said Lillard about the Blazers’ streak of 15 straight wins in home openers. “I was proud that we were able to do that tonight.”

“Damian Lillard is a heck of a player,” Jazz Coach Quin Snyder said. “we wanted to try to control what we could, but we didn’t always do that. Without all of our guys, our margin for error isn’t as big, but we battled. Hats off to Portland. They made the big plays when needed.”

As for that side gig of being the league’s best rapper, click here to see what other NBA players and the fans think of Dame’s debut album. 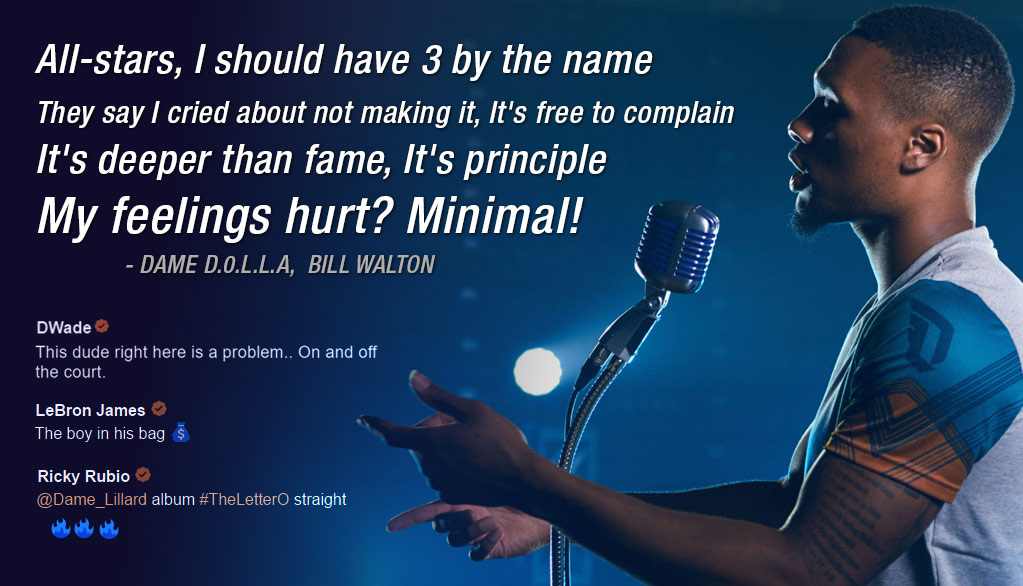