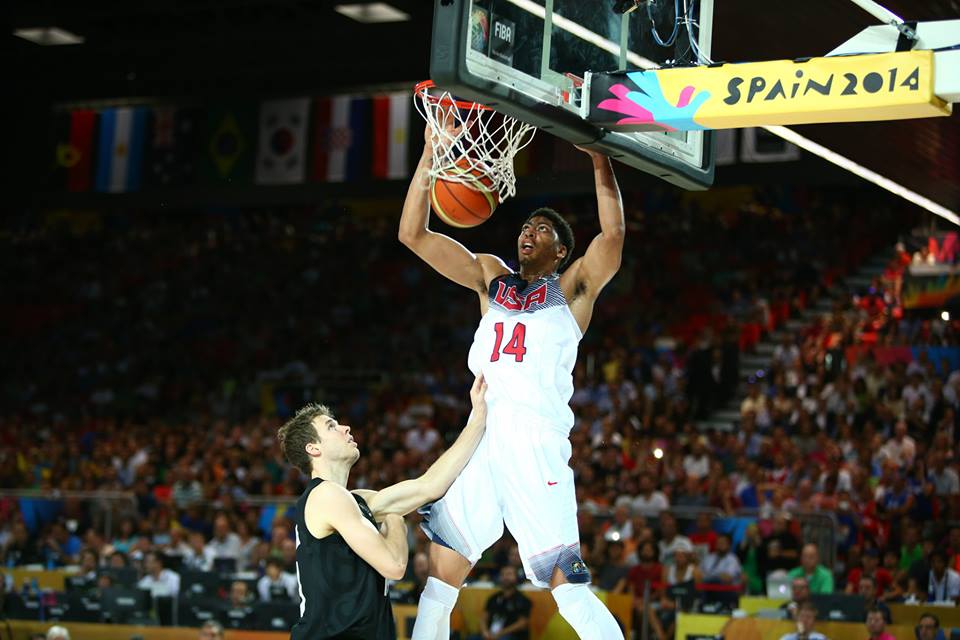 The most popular basketball video yesterday was James Harden, Kenneth Faried and the rest of Team USA watching New Zealand’s Haka war dance before the World Cup game between the two teams. Not as popular were video clips of James Harden, Kenneth Faried and Anthony Davis dunking on and destroying New Zealand’s defense in Team USA’s 98-71 win at the World Cup.

Faried, who Coach K called the “biggest and best surprise” was dominant again with 15 points and 11 rebounds. He made all 5 of his first half shots, finished 7 for 9 and is shooting 81% for Team USA.

Team USA’s best player so far has been Anthony Davis who also dominated again with 21 points and 9 rebounds.

Despite the 27 point loss, some of the New Zealand players seemed pretty happy about the game.

“It was pretty awesome getting to play against these guys. These are guys that we watch on TV all the time,” veteran New Zealand forward Casey Frank said. “To be able to get out there on the court against them and have a little bit of success offensively, obviously the result didn’t go our way, was pretty awesome.”