The big story in the Cavs and Lakers game on Thursday was obviously the show Kobe Bryant put on for Lakers fans as he dueled with LeBron James for the very last time. But another story that Lakers fans enjoyed was the one rookie D’Angelo Russell is in the middle of writing. A story that has him stepping into Kobe’s shoes and giving the fans in LA something to cheer about on a nightly basis when Bryant finally hangs up his sneakers.

“He’s been playing some good ball,” LeBron James said of Russell. “Obviously, as a rookie you have some ups and downs, but they have a good player.” 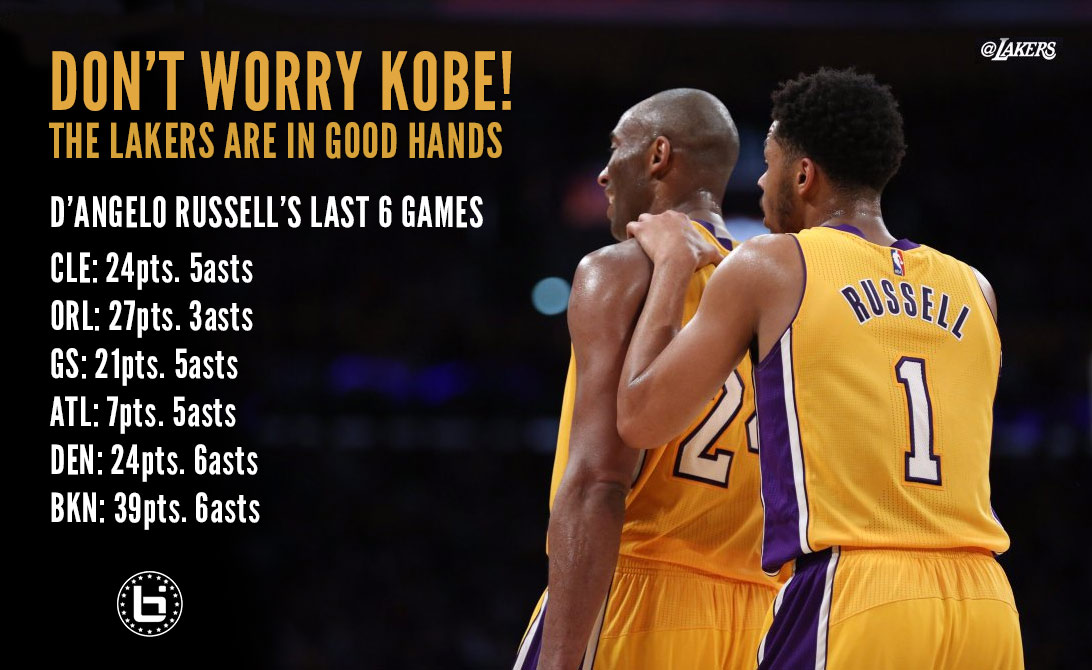