Byron Scott has finally unleashed rookie D’Angelo Russell and allowing the world to see why he was taken with the No. 2 pick.

After back-to-back games with 30+ minutes and 20+ points, D-Loading erupted for a career-high 39 points (the most for a Lakers rookie since Elgin Baylor did it in 1959) in 35 minutes vs the Nets on Tuesday.  He connected on a career-high 14 field goals on just 21 shots and made a career-high 8 3-pointers on just 12 attempts.

“Ice!” said Russell after hitting his final 3 in the final seconds of his 16-point 4th quarter. “In my veins!”

So what’s the real reason behind this performance? Was it because Coach Scott is finally letting him play? Is it because Kobe sat out? Nope, it’s because of some words from his father. 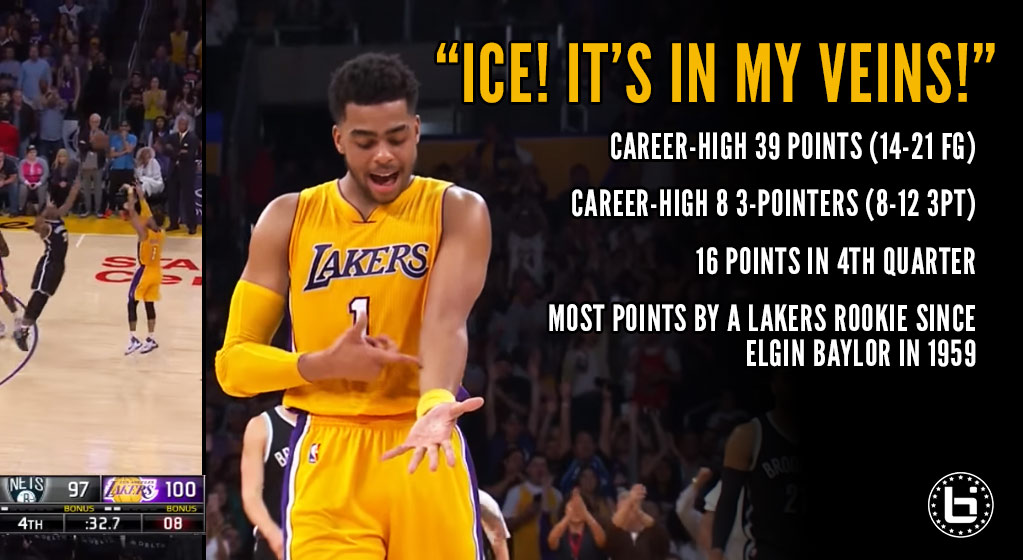