Top 10 Plays of 2009 NBA All-Star and Most Improved Player Danny Granger. The 17th pick of the 2005 draft averaged 26 points per game that season and during a 1 month span in 2008 he had 3 40+ games and 4 games with 34+ points. He was also a great fantasy pick that year as he would put up games like this one from that same month: 27 points, 9 rebounds, 5 assists, 5 steals. Earlier in the season he also had a game with 6 blocks and another with 6 3-pointers.

Granger has had short stints with the Clippers and Heat since and is currently on the Phoenix Suns roster but injured. 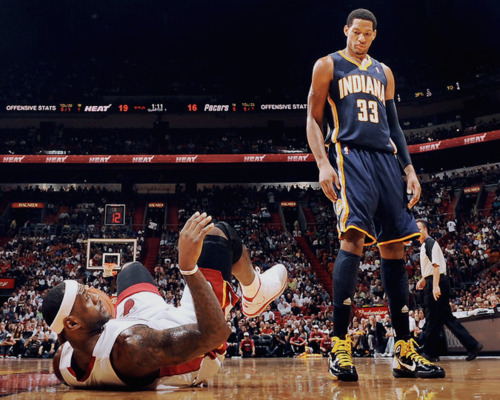