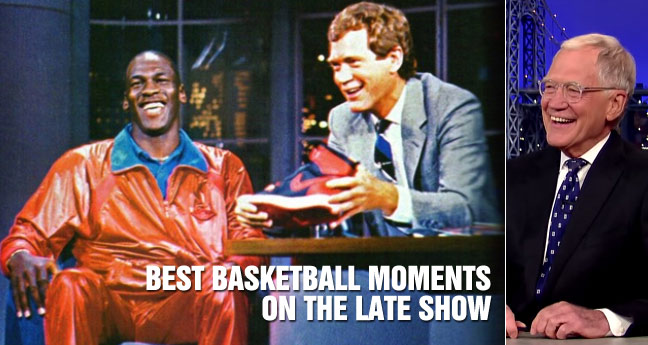 David Letterman said farewell for the last time as the host of the “Late Show.” For 33 years, the king of late night television has been entertaining night owls with his stand-up routines, interviews and top 10 lists that often became cooler talk the next morning.

During those 3 decades, he’s had a lot of basketball guests. From a young Michael Jordan to a rookie Grant Hill to an outspoken Charles Barkley to a bunch of NBA MVPs and Knicks.  In honor of David Letterman, who jokingly said he plans to devote the rest of his life to social media, let’s take a trip down memory lane and visit his basketball guests on #TBT.