No wonder KD went off on the media on Saturday.  I was a few feet away from Late Show Intern Will Todd when he was intentionally asking silly questions to NBA players this weekend but as annoying as many of the questions were – such as asking Durant who the sexier Van Gudy is – I was less annoyed by those than the majority of questions like “How does it feel to be here” or “what do you need to do to get to the next level.”  At least Intern Todd is asking silly questions because that’s part of his job and the reactions – good or bad – from the players will help make David Letterman an amusing video.  Most of these other reporters actually think there’s an audience for their questions and answers when in fact most people care about those answers as much as KD cares about who the sexiest coach is in the league.

Like I said before, it’s an All-Star break so why can’t most of the media give the All-Stars a break and not drill them with drama. 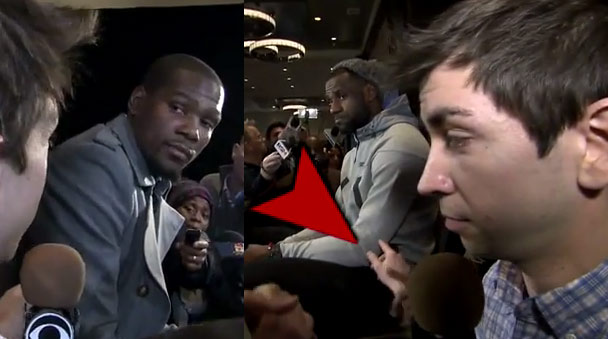