Brandon Jennings said, I said, a lot of us said it – DeAndre Jordan should be an All-Star. I’m not going to argue who shouldn’t be on the team or who else needs to get injured for DJ to be on the team but Jordan has been a beast all season long and last night he had a career-high 27 rebounds to go with 22 points!

Granted it helped DJ that Blake is injured and Tyson Chandler got injured in the first minute of the game but still 22 & 27 is crazy. No LA Clipper has ever done that before and look at all the great big men the Clippers have had…..Kandi man anybody…nevermind.  Still, 22 & 27 is crazy and it’s the 2nd 20/20 game DJ has had this season.

But the best thing he might have done last night was make this post-game interview, with his Mom, very awkward. 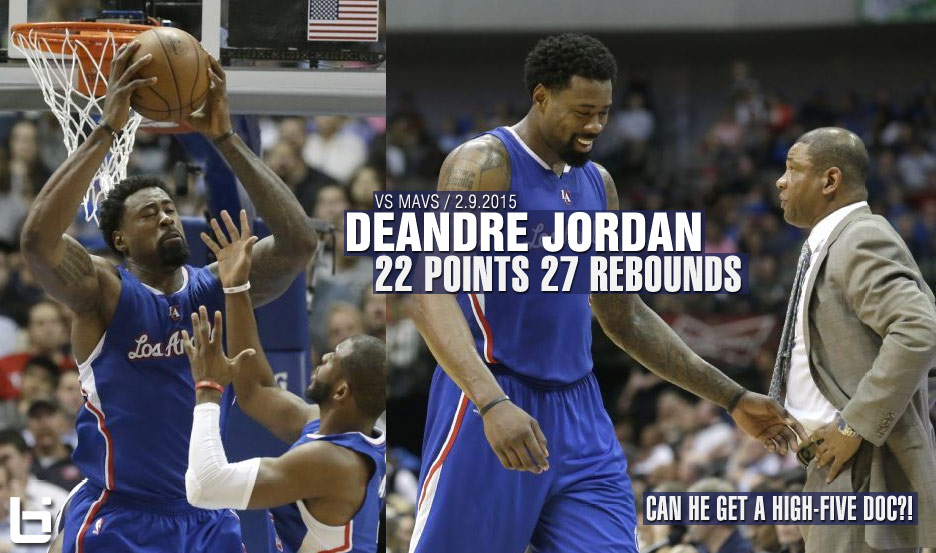