“I thought this was a Picasso,” coach Doc Rivers said of DeAndre Jordan’s performance.

DeAndre Jordan earned some high praise from his coach and teammates after last night’s win over the Suns.  DJ swatted so many shots (7 to be exact) that Doc Rivers said it felt like he had 30.

“I thought he was the star of the game. D.J. not only hit the boards, he changed shots. He was everywhere. I mean, his energy tonight was amazing. He was a one-man wrecking crew. I don’t know how many blocked shots he had, but it felt like he had 30. And the ones he didn’t block, he changed. They were throwing shots all over the place because of it.”

Jordan, who was a perfect 4 of 4 from the floor also had 3 assists in 248th consecutive game played – the longest current active streak.

D.J. is one of those guys that thankfully doesn’t miss games,” Paul said. “I almost couldn’t imagine him not out there, because he covers so much on the defensive end. When guys blow by us, they know that not they’ve got to see D.J. when they get into the lane.” 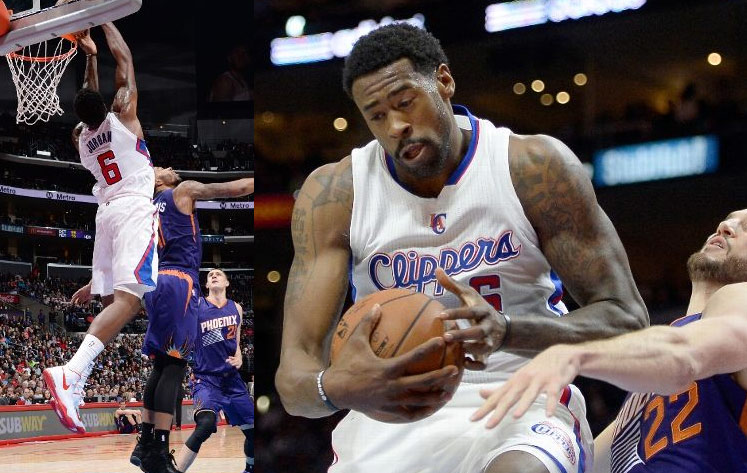