If you are in a life threatening situation then it is possible that playing possum could save your life. But if  you are already the victim of a R.I.P worthy dunk, what’s the purpose of playing dead?

Maybe, the defender in this video just didn’t want to make eye contact with 15-year-old Zion Williamson after the dunk so he thought if he just stayed on the ground with his eyes close for a while then Williamson will eventually stop staring down at his body and walk off.  Or maybe, he just didn’t want to see everybody at the Bob Gibbons Tournament of Champions running around, laughing, celebrating, pointing and even mocking him by pretending to be in a coffin.

He did eventually open his eyes and since the dunk was captured on video, millions of others people will possibly see everything he didn’t and what caused that flash right before his near death experience. 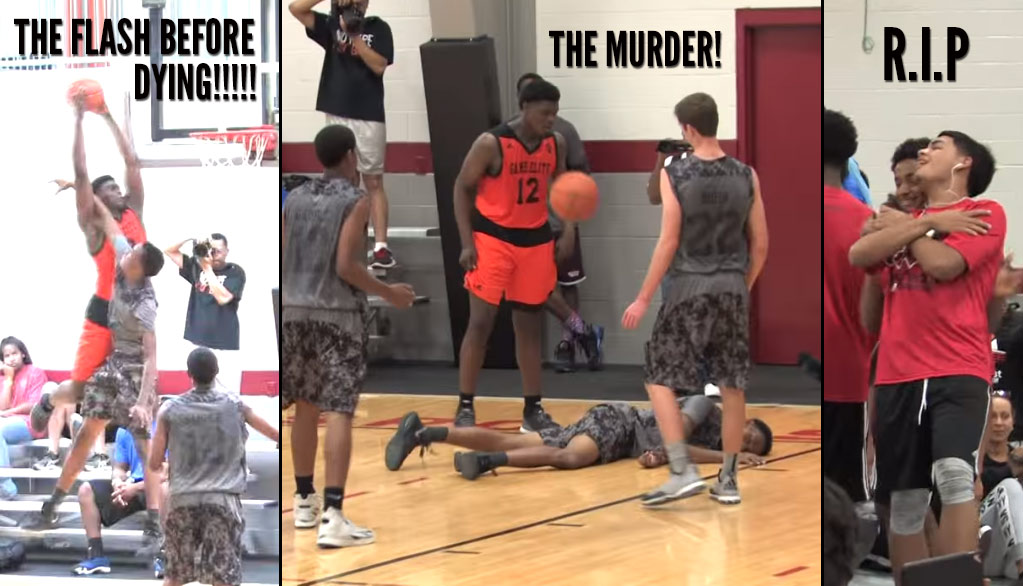