Dejounte Murray likes to start seasons off with a bang. Back in 2014, he put up a ridiculous 52 points and 20 boards in the home opener of his senior year at Rainier Beach. That’s when we used to call him “Baby Jamal Crawford.”

On Wednesday, the former Ballislife All-American got the start and started his second NBA season off with a bang by putting up 16 points on 7-of-8 shooting, to go with 5 boards, 2 assists, 2 steals and a block in 25 minutes against his mentor, Jamal Crawford, and his new Wolves team.

“He’s playing with much better composure, much more control of the game and directing the team,” Said teammate Pau Gasol after the 107-99 win. “But he’s also taking advantage of his athleticism and opportunities.”

And if all of that praise wasn’t enough to make you feel OK about Tony Parker not playing, check out this video of Coach Popopvich. 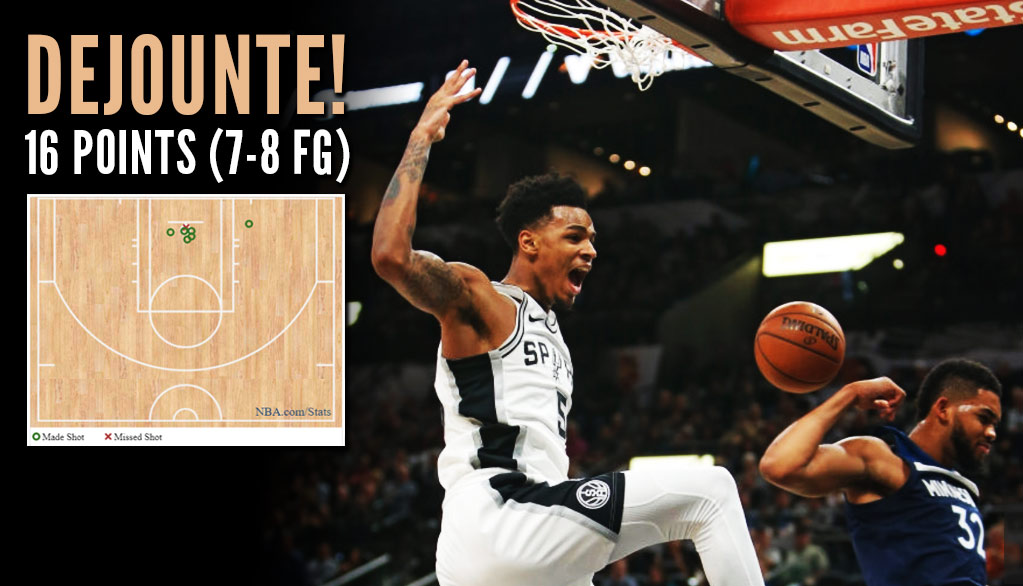