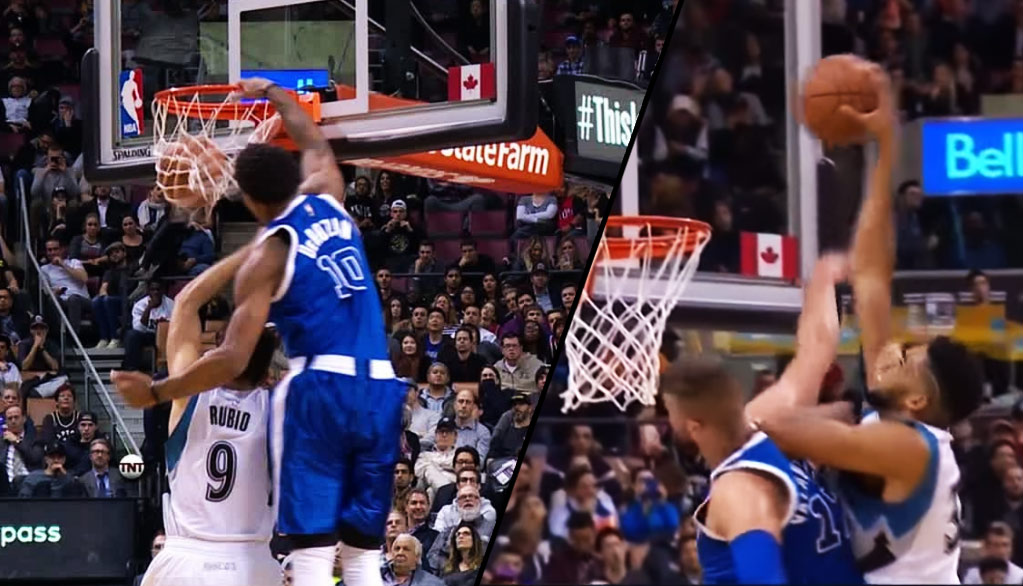 Here’s the top dunks from the game, starting with the nail in the coffin poster putback by DeMar DeRozan.

The 2nd best dunk of the game came in the 3rd quarter when Karl-Anthony Towns split the defense, put Jonas Valanciunas on a poster and yelled “Oh My God!”

His teammate Andrew Wiggins joined the fun with this baseline dunk.

And the man with the dunk of the night also had a nice euro-step dunk against Zach LaVine in the first half.