Less than 24 hours after a video of DeMarcus Cousins saying, “Fuck Golden State Warriors” to some Warriors’ fans went viral, Cousins was thinking “Fuck the refs” after he was ejected in the final seconds of the Kings loss to the Bulls for picking up his second tech of the game. The first tech came in the third quarter when he shoved Bulls assistant coach Jim Boylen during some commotion involving Matt Barnes and Taj Gibson.

Cousin’s ejection didn’t have an effect on Monday’s game but since it was his 16th tech of the season, he is facing a suspension and will serve more suspensions for every other tech he receives this season.

Cousins, who missed 11 of his 16 shots, left the arena without speaking to reporters. 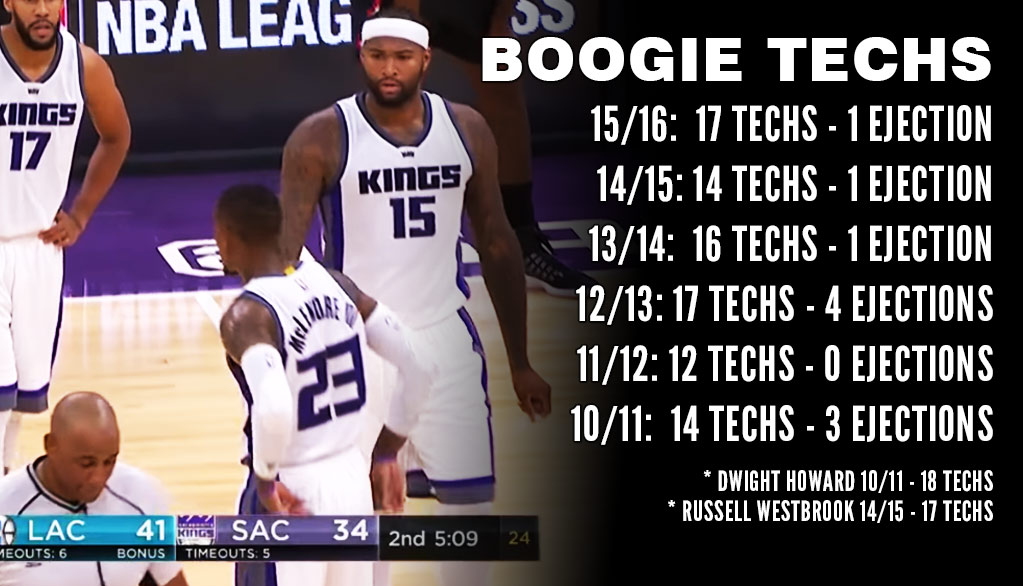